Chelsea star, England international and PFA Women’s Players’ Player of the Year Fran Kirby has spoken candidly about her journey back into football after her battle with mental health, as part of the intimate new documentary series Strong Is… produced by UEFA’s Together #WePlayStrong campaign. 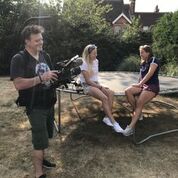 After losing her mum at the age of just 14, Fran struggled with depression and anxiety, eventually giving up on the sport she loved and taking some time away from the football pitch.

The world-class striker found her way back into football through a local Sunday league team, beginning a new journey that saw her enjoy the highs of playing for Women’s Super League side Chelsea and the England women’s team, alongside the disappointing set-back of an injury that saw her ruled out of the 2015 Women’s World Cup quarter-finals and the following 12 months.

Strong Is…Fran Kirby focuses on her personal journey, documenting the mental and physical strength she developed in order to overcome issues that she herself acknowledges people everywhere, both in and out of football, have had to face. 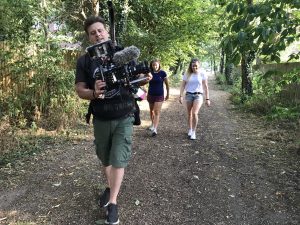 Fran Kirby said: “Before my mum passed away, I was a very extroverted person, I was very outgoing – I didn’t care what people thought about me. I was very young when it happened, and I became very introverted and anxious and I still don’t think that has completely gone away.

“When I first joined Chelsea, it took me a while to come out of my shell. Even as little as 10 years ago, people probably wouldn’t have liked me as a person – I didn’t like me as a person. It took me a long time to find myself, start loving myself and taking care of myself again.

“I’ve accepted now that it’s OK not to be OK. It’s the one thing that I would emphasise to anyone – it is OK to be upset, and it is OK to need to talk to someone. It’s a normal part of life.

“I’m really proud to be a part of the ‘Strong Is…’ series as part of Together #WePlayStrong. I believe the more people talk about these issues and read about them in the media, the more open they’ll become to talking about it with their friends, family or to someone who can help them.”

Peter Willems, Head of Marketing and Sponsorship Activities at UEFA, said: “Our Strong Is… series is an integral part of the wider Together #WePlayStrong campaign and is a platform for us to send an important message to young girls across Europe.

“It’s vital for us to demonstrate that strength comes in many forms, and we are grateful to the three players who have worked with us to tell their stories of strength and resilience.

“Fran is not only a world class player but a role model for young girls, and it is our hope that her compelling story will inspire the next generation of footballers.”

The inspirational film is also being backed by Mind, the mental health charity based in England and Wales.

Hayley Jarvis, Head of Physical Activity for Mind, said: “One in four of us in the UK will experience a mental health problem in any given year and elite sports professionals are no different. It’s testament to how far we’ve come in opening up the conversation about mental health that more and more people from the world of sport feel comfortable talking publicly about their own experiences.

“Mind research found that a quarter of people surveyed in England and Wales said hearing a celebrity talk openly about their own mental health had directly inspired them to seek help for themselves and half said it has helped them to feel like they weren’t alone.

“We know the power that sport has to change people’s lives, which is why we are working with organisations like the EFL to be real game changers in increasing the awareness and understanding of mental health among players, fans and within wider society.”

Strong Is… Fran Kirby is the second film released by Together #WePlayStrong as part of the Strong Is…initiative, with the first profiling Wolfsburg and Sweden international Nilla Fischer. A feature on Olympic Lyonnais and Netherlands player Shanice van de Sanden will be the final part of the trilogy, with all films covering real-life topics including sexuality, mental health, bullying and gender equality in football.