England’s most capped player Rochelle Clark has called time on her international career, 15 years after earning her first cap. 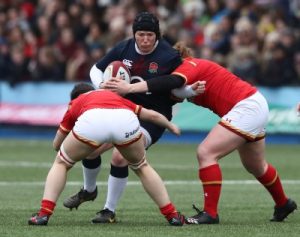 The 37-year-old made 137 international appearances, surpassing Jason Leonard’s previous record of 114 in November 2016, before going on to feature in her fourth Women’s Rugby World Cup last summer.

She retires as the world’s most capped women’s international, ahead of fellow Red Rose Tamara Taylor and former Scotland international Donna Kennedy, who both have 115 caps.

The Wasps loose-head prop made her England debut in 2003 and was awarded an MBE for Services to Rugby in the 2015 New Year’s Honours List, having been part of the Red Roses’ 2014 winning World Cup squad.

Clark, who has also played for Worcester Valkyries, will carry on playing club rugby at Wasps next season in the Tyrrells Premier 15s.

Over the course of her 137 tests, Clark scored 23 tries for the Red Roses, including one on her record-breaking 115th England appearance against Ireland in November 2016.

She said: “It’s with a heavy heart that I have decided it is time to retire from international rugby.

“To receive my first cap was a dream come true and it was with the same pride and hunger that I walked out a further 136 times for England. It was always an honour and a privilege to take to the pitch wearing the rose. 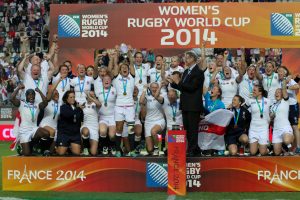 “I look back on my 15-year England career and think of the friends I have made and the opportunities we were given. I have shared some incredible experiences with so many great people.

“The highlight has to be winning the 2014 World Cup, made all the more special having come close twice before.

“To those who kept me going when times were tough and who made the experience so special, I want to say a huge thank you; all my friends and family, team mates, coaches and support staff.

“I have been incredibly lucky to wear the shirt through some major changes to the game, playing as both an amateur and professional. I am excited for the direction women’s rugby is headed and am proud of the contributions we made as players along the way.

“I look forward to continuing on the pitch with Wasps and in my career as a coach for Chesham Stags.”

Red Roses’ head coach Simon Middleton said: “Rocky Clark is a true legend of rugby. To have remained at the top of her game for 15 years is a remarkable achievement.

“She gave as much off the pitch as on, and is recognised by her team mates as one of the great leaders within the squad. She’s been an absolute inspiration to us and embodies everything a Red Rose should be.

“I speak on behalf of everyone to say that it has been an honour and a privilege to work with Rocky over the years.”

Clark, who is training as Level 4 coach, will continue in her role as head coach of Chesham Stags and as a personal trainer.