It’s excellent news that the West Indies have agreed to tour England, after the South African Proteas found it impossible to make the trip. 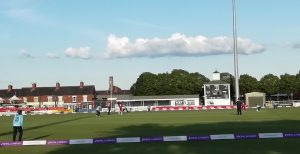 No doubt they were encouraged by reports coming back from their menfolk who experienced a bubble-bound tour earlier in the summer.

It will be important for them to erase memories of last year’s drubbing. They were without the great Deandra Dottin, but one player shouldn’t make a team. The only uncapped tourist this time is Kaysia Schultz. Of the remainder Alleyne, Fraser, Gajnabi, Grimmond and Kirby were not here last year.

Training and practice have been made doubly hard by the exceptional conditions prevailing world-wide. It’s especially difficult for the Windies, separated out as they are across the Caribbean. But the management and the team will want to make sure the basic elements of their game are in good working order. In June 2019 the fielding let them down as much as the batting and bowling. It improved for the second ODI at Worcester, but before the third game at Chelmsford the fielding practice looked half-hearted in comparison with English intensity.

So it’s a big challenge, but – as the wise man said – anything can happen. For all the players there will be huge relief at getting some proper cricket under their belts late in the season.

The schedule: five T20 matches from 21-30 September at the Incora County Ground in Derby.