She was one of the first players to wear the Blue & Gold in the Superleague – now Jo Vann is helping to shape the future of Team Bath Netball after returning to the club as Head Coach. 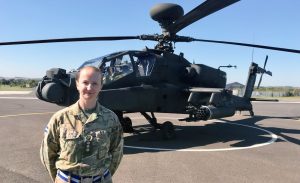 Vann, nee Binns, will use the people development skills she has gained both in coaching and as an officer with the British Army while overseeing the strategy and direction of the entire netball programme at the South West franchise.

The former England player’s remit includes everything from the Futures Performance Pathway, which identifies and develops stars of the future, through to the current elite high-performance athletes competing on the national stage.

She will also work closely with Superleague Head Coach Anna Stembridge to ensure that Team Bath remain strong contenders for the VNSL title she won four times during an outstanding playing career, which included England selection for the Netball World Championships.

“To be returning to the club where I was inspired as a player is an absolute dream,” said Vann. ”I am really excited about working with the staff and players across all levels of the Team Bath netball programme.”

Vann first played for Team Bath while studying Sport & Exercise Science at the University of Bath. She helped to secure the club’s first silverware in 2004, the Super Cup, and was part of the victorious Blue & Gold team in the inaugural Superleague campaign the following year.

Three more titles followed – plus a British Universities Sports Association (BUSA) title with the University in 2005, a silver medal with England at the World U21 Championships and a host of senior Roses caps – before Vann retired from netball in 2011 to join the British Army.

After completing her course at Sandhurst, she was commissioned into the Army Air Corps and served as a ground support flight commander with 654 Squadron during a tour of Afghanistan. 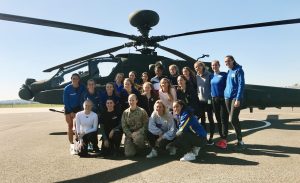 It was upon her return to the UK and a role as Platoon Commander at Pirbright, Surrey, that Vann drew on her training and experience as a netball player and coach – she had been South West Netball Development Coach from 2007 to 2010 – to complement her Army work.

“It was clear that coaching was becoming an integral part of delivering training and I felt I could draw on my own background to help the recruits achieve the standards required,” said Vann, who came out of playing retirement to represent Team Bath in the 2016 Superleague season.

She is returning to netball with the full support of the Army and is the first coach to receive a Professional Sportsperson Contract, allowing her to remain in the Forces while at Team Bath.

“The Army places great value on sport for the leadership, team work and the dedication it builds in its people,” said Vann, who is responsible for officer recruitment in the Army Air Corps and whose current rank is Captain.

“Both for the Army and Team Bath, people are at the heart of what we do and I am incredibly grateful to the Army for this opportunity to be involved in something that I am so passionate about.”

The British Army is a sponsor of England Netball, offering players at grassroots and elite levels the chance to receive Army Leadership and Personal Development Training.

Vann will officially start her Team Bath role in October and Stephen Baddeley, Director of Sport at the University of Bath, is delighted she is returning to the Blue & Gold.

“We undertook a rigorous recruitment process for this role and were all impressed and excited by Jo’s vision for the future of Team Bath Netball,” he said.

“As someone who has been a student, athlete and coach at the University of Bath, Jo has an excellent understanding of the importance of netball to this institution and the positive Blue & Gold culture we are developing not just here but across the South West of England.

“Jo has shown in her netball career and with the British Army that she is a team player and a real people person who can help others to fulfill their potential, challenge themselves and take on new roles.”