Opening Boundaries are pleased to officially announce they will be holding their 2018 Bowling Out Gender Inequality cricket match at Bradford Park Avenue. 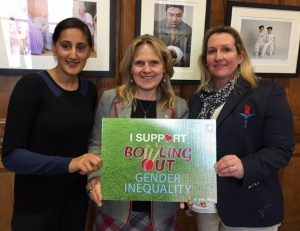 The official announcement of the event, which will take place on Monday 6th August, has been made today to coincide with International Women’s Day.

The Community Cricket festival which is in partnership with the UK Armed Forces wants to highlight the importance of community cohesion, promote positive health, tolerance and encourage gender equality. The organisers are keen to invite different communities to come together through cricket and improve perceptions, attitudes and understanding of each other, with an aim for people to realise their potential through sport leading to positive life choices.

The annual game which is now in its third year has previously been played at Headingley Cricket Stadium and The Royal Chelsea Gardens, Burton Court.

The event is free to attend and will have a festival type atmosphere for the whole community to get involved. All partners are keen for everyone to come down and showcase the diversity Bradford has to offer. 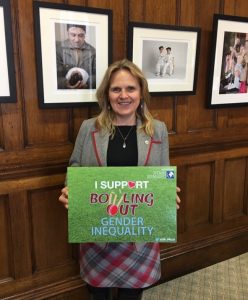 Halima Khan, Managing Director at Opening Boundaries stated “we are delighted to bring the women’s game to Bradford, which also happens to be my home town. I am looking forward to showcasing some amazing women from both teams who are promoting gender equality through sport on many levels. To mark the centenary since the first women secured the right to vote in the UK, we will be playing the game under the campaign name “Bowling Out Gender Inequality.”

According to the archives, Bradford Park Avenue has not hosted a women’s match since 1981, when the inspirational trailblazers of women’s cricket, Baroness Heyhoe-Flint and Janette Brittin faced off for their respective club sides in a national knock-out match. The ground was also one of the venues in the first ever Women’s World Cup where Heyhoe-Flint’s England women beat Jamaica on their way to winning the tournament in 1973. Over the coming years and as part of its multi-million pound development, the ground is hoping to host England women’s internationals, Yorkshire Diamonds fixtures, England Disability cricket and a one-day Yorkshire match every year.

Khan went onto say “I am very thankful to Yorkshire Cricket CEO, Mark Arthur for providing us with this amazing venue to highlight an important cause which is still prevalent in today’s society. After 37 years, it’s truly a remarkable moment to see women’s cricket returning here. To be able to play on this pitch where some of the greatest names in the cricket fraternity have played and will play is a very historical moment when it comes to equalling the playing field for women. As we enjoy the freedoms which many women did not have, I want to use this sporting campaign to inspire more females to come forward and showcase their talents on and off the field.”

Maj Lisa Marr, Head of Engagement for 4th Infantry Brigade and HQ NE stated “4 Brigade are delighted to be supporting the annual cricket match between the UK Armed Forces Ladies Team and the Inspirational Women’s Team again this year. Now in its third year of competition we are looking forward to an excellent game of cricket whilst at the same time being able to support Opening Boundaries ‘Bowling Out Gender Inequality’ campaign.”

“It will be a privilege for us to play at Bradford Park Avenue and we are of course delighted to see the match back on home turf – hoping to win back the trophy this year. I really would encourage people to come down and watch what has been previously a very good standard of cricket, which will hopefully inspire the next generation of female cricketers.”

The day will consist of junior kids coaching and small sided activities in the morning followed by the women’s T20 game.

Bradford Park Avenue is a hub site for the ECB who have identified the city as a main priority in its recent consultation strategy which has a huge emphasis on women in sport and South Asian communities.

Vikram Banerjee, the Head of Strategy at the ECB gave his support to the event saying “Cricket is a game for everyone, no matter your gender, age or ethnicity. We are committed to growing the game and ensuring that everyone has the chance to be involved. Events like this play a key part in us achieving these goals and we are delighted to support it”.

“It’s fitting that the festival will be held at Bradford Park Avenue. The landmark redevelopment project, created in collaboration with ECB and Yorkshire CCC – with further support from Sport England and Bradford Metropolitan District Council – has helped to bring this historic ground back to its former glory.”​

Kersten England, chief executive of the Council, said “Bradford is a place that celebrates sport and pioneers participation and this festival and the iconic Park Avenue are symbolic of the power of sport to bring together people of all backgrounds. The city is home to an outstanding cricketing heritage and a bright future. We have seen the emergence of a new generation of winners and role models in the women’s game in the form of Carlton Bolling College girls’ team who have overcome barriers to become county champions three times, northern champions and national finalists. As the youngest and one of the most diverse cities in the county, Bradford is a potential powerhouse of future cricketing talent in all versions of the game.”

For more information or to get involved please contact Halima Khan at info@openingboundaries.org 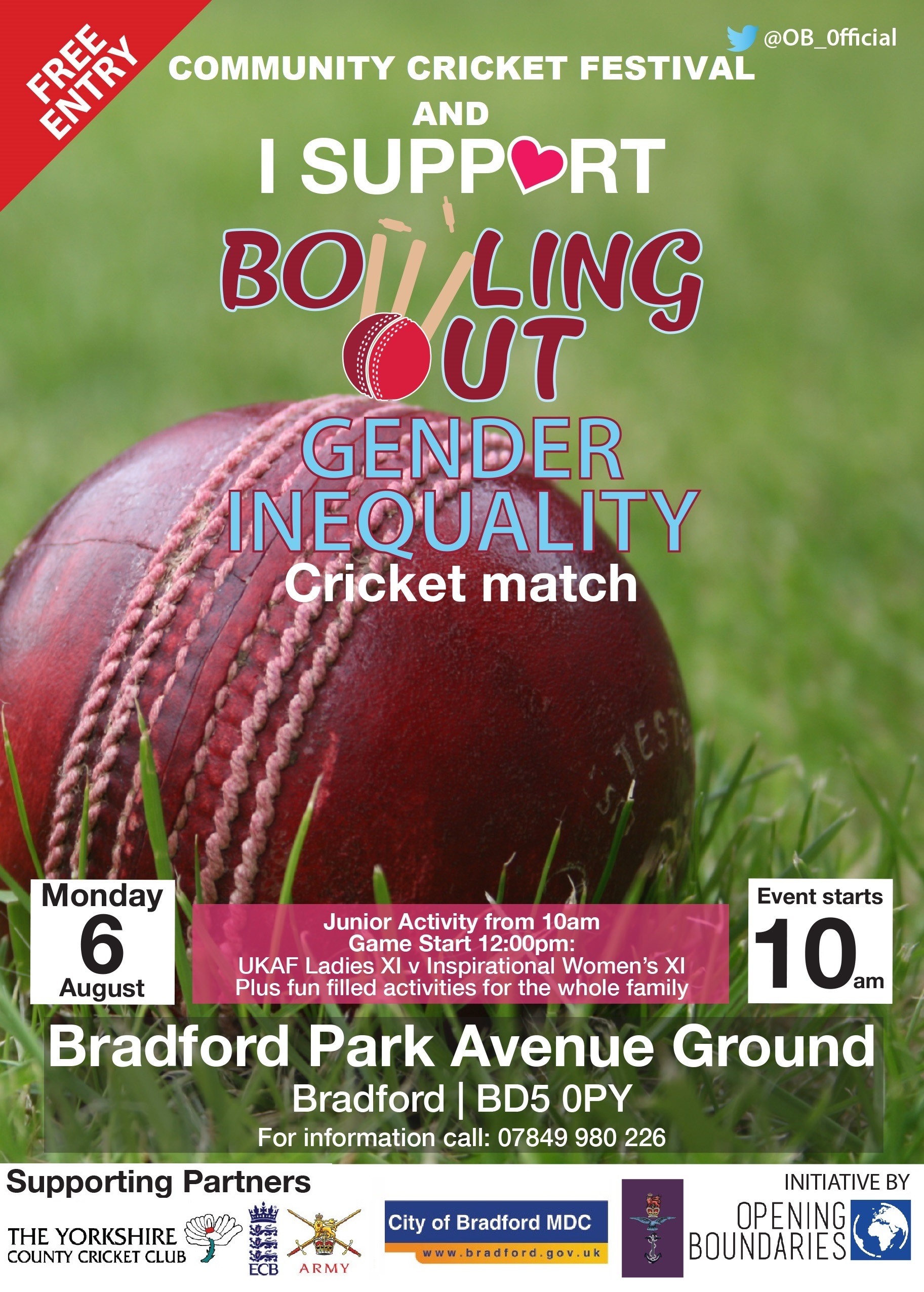