Wakefield Trinity Ladies season came to a close this weekend as they hosted their final game of the Women’s Championship against top of the table unbeaten Stanningley. A victory would have seen Trinity progress into the play offs but two late tries in the second half put paid to dreams of silverwear in their first competitive season. 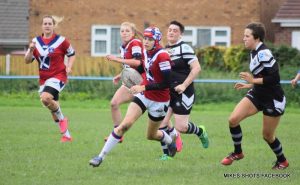 The visitors raced into a 16-0 victory in the opening quarter but the Trinity ladies didn’t allow their heads to drop and began to claw back the deficit. Paige Stevens powered over the line with a barnstorming run to open Trinity’s tally. Leading try scorer Yasmin Copeland continued her prolific run of form with the next score and Nicole Austin Dyson converted to bring her side within a converted score going into the interval 10-16.

The hosts dreams of making the playoffs were buoyed 10 minutes into the second half when Yasmin Copeland crossed for her second try of the afternoon and Austin-Dyson converted the effort to return parity 16-16. 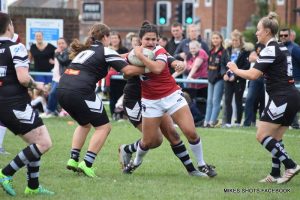 Trinity were visibly lifted by the score and looked for the all important next try but it was the league leading visitors who showed their Championship winning resolve hitting the front once again. 5 minutes before the close Stanningley added gloss to their victory with an unconverted score to close out the season unbeaten.

Leigh Miners Rangers win at Barrow meant that Wakefield and Leigh ended the season tied with 5 league points but Trinity’s lesser points difference was the deciding factor the league standings.