The Championship win in the Czech Republic saw Smith continue an 11 match winning streak that has seen her go unbeaten, winning back to back titles on the European circuit, since returning from Rio 2016.

That run also featured a title win at the YONEX Belgian International alongside Chloe Birch two weeks ago – a result that ended England’s nine year wait to win the women’s doubles crown in Belgium.

In Prague, Smith partnered Sarah Walker, a two-time national singles champion, and the experimental duo did not drop a game during their first tournament together.

The unseeded English pairing showed great consistency all week and impressively defeated the experienced Bulgarian pair of Petya Nedelcheva and Mariya Mitsova 21-12, 21-18 in just 35 minutes to claim the title.

Whilst some stars have suffered a hangover following the summer games in Rio, Smith has been in fine form and built on an debut Olympic experience which saw her win one of three group stage matches, alongside Heather Olver with whom she is reigning national champion.

Smith said “I have found it really easy to motivate myself because Rio was so incredible and I want to do everything in my power to make sure I am in the best possible shape for Tokyo 2020.

“I had a really tough training block leading up to the Olympics so I was feeling sharp and I think that has stayed with me.  I am really happy to be on this winning run.”

“My partners have really stepped up and fought really hard when it matters.  They have played really well.”

Doubles win kicks off BRONZE OCTOBER with 50% off tickets

BRONZE OCTOBER offers families and sports fans everywhere 50% off tickets to see all the badminton stars of Rio at the YONEX All England Badminton Championships in Birmingham next March.

Find the exclusive BRONZE OCTOBER promotion code and terms and conditions at
www.allenglandbadminton.com/bronzeoctober 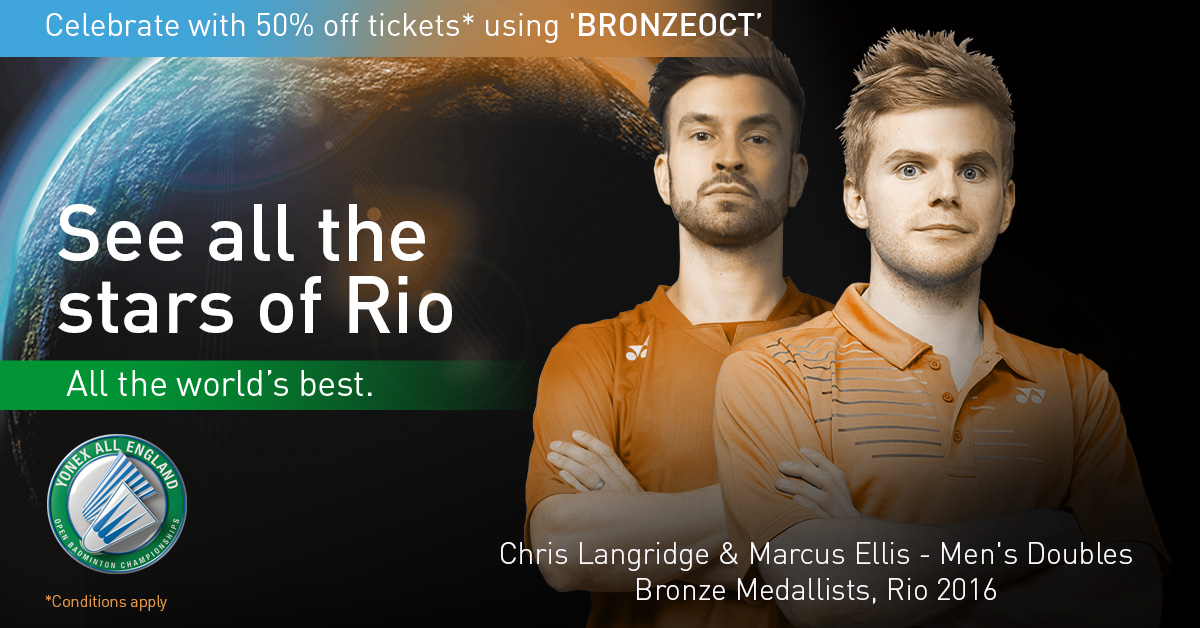