As of today, Loughborough University’s National Badminton League (NBL) franchise will play under the Loughborough Lightning umbrella, uniting with the universities successful netball and cricket franchises. 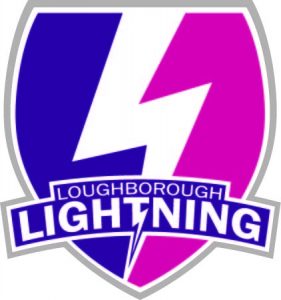 The original Loughborough Lightning brand was launched eleven years ago for the university’s netball franchise. More recently, the inaugural women’s cricket Kia Super League team was launched, with the side’s first home game taking place on Wednesday 3rd August. It was therefore a natural decision for our successful National Badminton League franchise to become part of the Lightning family.

The contemporary Lightning brand has been strongly influenced by the University’s visual identity and Loughborough’s sporting heritage, utilising a shield with a striking lightning bolt running through it.

The brand also captures the iconic purple, pink and silver colours which all Loughborough sports team play in.

Loughborough University student and NBL player Viki Williams said of the move: “We all know how successful the Loughborough Lightning Netball team have been so being part of that umbrella will make it that much more special to play in and represent Loughborough.”

NBL Head Coach, Mike Adams added: “As three teams playing under one franchise name we will all be able to support each other much better. From my experience, the more people we can get to matches, whether its netball, cricket or badminton, the better the atmosphere. So if we can attract cricket and netball fans then I am sure we can get even bigger crowds down to our badminton games this season.”

Fixtures and ticket information for the 2016/17 National Badminton League season will be released in due course. To stay up to date in the meantime, you sign up to the Loughborough Sport email newsletter here.