History will be made this weekend when the inaugural Kia Super League (KSL) kicks-off in Leeds, Southampton and Taunton with all six KSL teams in action for the first time across Saturday and Sunday. 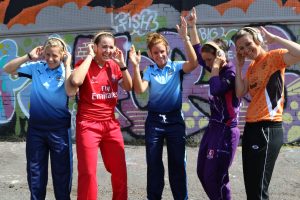 In total the Kia Super League will feature 15 group matches over a 16 day period from Saturday 30th July to Sunday 14th August, with all six teams bidding to qualify for Finals Day on Sunday 21st August at the Essex County Ground, Chelmsford. 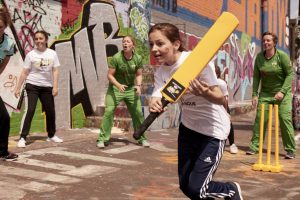 The Super League Captains have produced a video to help set the scene called Show Your Colours.

On the eve of this historic moment for women’s cricket in England, ECB’s Director of England Women’s Cricket, Clare Connor, has written a blog on  ECB.co.uk  to reflect on the creation of the Kia Super League, providing an insight into the competition objectives and what we can look forward to over the next three weeks:

“We wanted to create a competition that would underpin the future strength of the England team – especially with the privilege and huge opportunity that lies ahead in hosting the ICC Women’s World Cup in the summer of 2017.

“The tournament will obviously expose more of our players than ever before to a higher level of competition.  We’ll really see who’s got what it takes to push our current England squad for places; we’ll see who relishes the challenge and thrives under pressure.

“We’re stepping in to the unknown but we feel ready.  The talking, thinking, planning and preparation is complete.

“I hope the cricketing public, and the public in general, will see this competition as a bold step for our sport and join us for the ride, starting this weekend in Leeds, Southampton and Taunton.  We’re smashing some exciting new boundaries for women’s cricket – and it should be a lot of fun.”

Red Bull Half Court is back in search of Britain’s Best Streetballers.