Four University of Bath students have been selected to represent Team GBR at the World University Rugby Sevens Championships in Swansea. 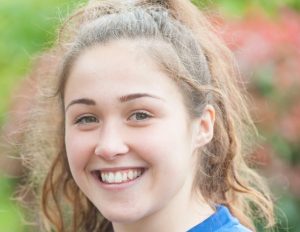 Sydney Gregson, recipient of a Trendell Sports Scholarship, and Lottie Holland (pictured above), supported by the Sport England Talented Athlete Scholarship Scheme (TASS) and the University’s Dual Career programme, have been selected in the women’s squad. Both have played for the England Women’s U20 side this year.

In the GBR men’s squad are Zack Henry – who graduates this summer and has signed a professional contract with Stade Rouennais in France – and Pat Jenkinson, who has played regularly for Bath Rugby’s United XV this season.

Awaiting Team GBR’s men in the pool stages are Australia and Italy, while the women have been drawn alongside New Zealand and France.