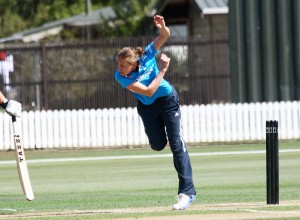 A total of nine players from the England Women’s Performance Squad (EWPS) will be in action this weekend in the inaugural edition of the rebel Women’s Big Bash League (WBBL|01), after it was announced on Monday evening that Kent all-rounder Laura Marsh has signed to play for Sydney Sixers. 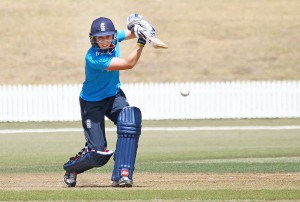 Charlotte Edwards and Katherine Brunt (Perth Scorchers), Heather Knight who was named as captain of Hobart Hurricanes today, Sarah Taylor (Adelaide Strikers) and Danielle Wyatt (Melbourne Renegades) are the five other England women’s players who will take part in the tournament, which comprises 59 matches in 51 days, culminating in the final on 24th January 2016.

The eleven remaining EWPS players will also be in action overseas next week, when they will be joined by seven members of the England Women’s Academy (EWA) squad for a two-week training camp in Sri Lanka.

The training camp, which will take place from Tuesday 8th – Monday 21st December in Colombo, will be the first time that new England Women’s Head Coach, Mark Robinson, will work with the players.  In addition to skills and strength and conditioning training, Robinson will get the chance to see them play in some 50-over and T20 matches against local opposition.

ECB’s Director of England Women’s Cricket, Clare Connor, said: “I am sure that the nine England women’s players involved in WBBL|01 are very excited about the competition getting underway this weekend.  The tournament will present a great opportunity for them to test their skills in a new environment and challenge them to be match winners for their teams.

“The two-week camp in Colombo for the remainder of the England Women’s Performance squad will form an important part of the winter training programme.  With the tour to South Africa in the New Year just around the corner and the ICC Women’s World T20 in India next March, we need to make sure that all of the players in the squad are as best prepared as possible to perform for England, should they be selected.”

England Women’s Head Coach, Mark Robinson, added: “I’m really looking forward to meeting the players and getting to know them.  Next year is a hugely important twelve months for the team, and it is important that we all hit the ground running in South Africa in February.  The two-week camp in Colombo will give me the perfect opportunity to start working with them.”