The England cricket team have plenty to look forward to over the next 12 months. This is what is on the agenda for Charlotte Edwards and her team.

England Women have an important trip to New Zealand in February, with the first stage of the tour vital in their quest to climb the International Cricket Council Women’s Championship table.

The first three of five one-day internationals, which are separated by a trio of Twenty20s, count towards their league position.

Currently fourth in the standings, seven points behind leaders Australia who have played three games more, England have the chance to close the gap on their rivals with matches against the White Ferns at the Bay Oval on February 11, 13 and 15.

Two of the first T20s take place at the Cobham Oval, on back-to-back days from February 19, before the Bertcliffe Oval hosts the final sprint format encounter and last two 50-over matches on February 26 and 28.

England Women’s next assignment is the Ashes, in July and August, which they retained in Australia with two games to spare early last year. 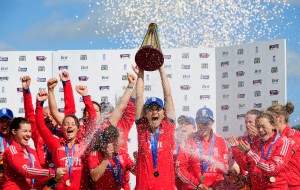 They take on their rivals in three Royal London ODIs, one Kia Women’s Test and three NatWest International T20s.

The ODI leg of the trip gets underway at Taunton on July 21 and also features matches at the Bristol County Ground and New Road on July 23 and 26 respectively.

After the Test at the Spitfire Ground, Canterbury, from August 11, the three matches in the shortest format take place in the space of five days.

The Essex County Ground is the venue for the first encounter on August 26 before the series moves to the BrightonandHoveJobs.com County Ground two days after.

The trip is completed on August 31, when Cardiff hosts the Bank Holiday T20 double-header that involves the men’s and women’s teams.