Its been quite a time for our Rugby team, they were awarded Freedom of the City by Rugby Borough Council earlier in the week and the honours keep on coming both for the team as a whole and individual members.

Yesterday in Darlington stars of the region’s sporting community descended on the Dolphin Centre for the 15th annual Northern Echo Local Heroes Awards.  These awards celebrate the contribution made by sports people across the North-East and past winners have included Olympians and title-winners through to unsung groundsmen and coaches. 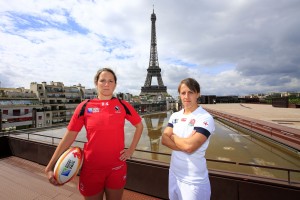 Winner of the Senior Sporting Excellence Award was Katy Mclean for leading her side to victory at the Women’s World Cup in France this summer.

Meanwhile at the 2014 Sports Journalist’s Association (SJA) British Sports Awards in London the Women’s rugby team were winning the Team of the Year award ahead of the Ryder Cup team and Britain’s world title-winning men’s eight rowing crew.  This is the first time since 2009, when the winner was the Ashes winning Women’s Cricket Team, that a women’s team have claimed the award.

FULL LIST OF WINNERS AT THE 2014 SJA BRITISH SPORTS AWARDS

BT Sport JL Manning Award for services off the field of play: Welcome to Yorkshire and organisers of the Tour de France Grand Depart