Surrey Storm’s 2020 Vitality Superleague fixtures have been released – and Storm start another exciting season at the Sports Park Arena with a game against London Pulse, broadcast live on Sky Sports, on Monday 2 March!

The season begins in style, with a full day of Super 10 fixtures on Saturday 22 February, as Storm face Celtic Dragons at Arena Birmingham, before also hosting 2019 Champions Manchester Thunder and Severn Stars at the Sports Park Arena during March.

The regular season then ends on Monday 15 June, as Storm welcome Team Bath to Guildford.

The top four teams qualify for the Superleague Semi-Finals, taking place on Saturday 27 June, with the Grand Final held a week later, on Saturday 4 July.

Current Storm season ticket holders will be able to renew their season tickets between Monday 14 and 21 October. Any remaining season tickets will then be available for general sale from Monday 28 October. Full details will be confirmed as soon as possible. 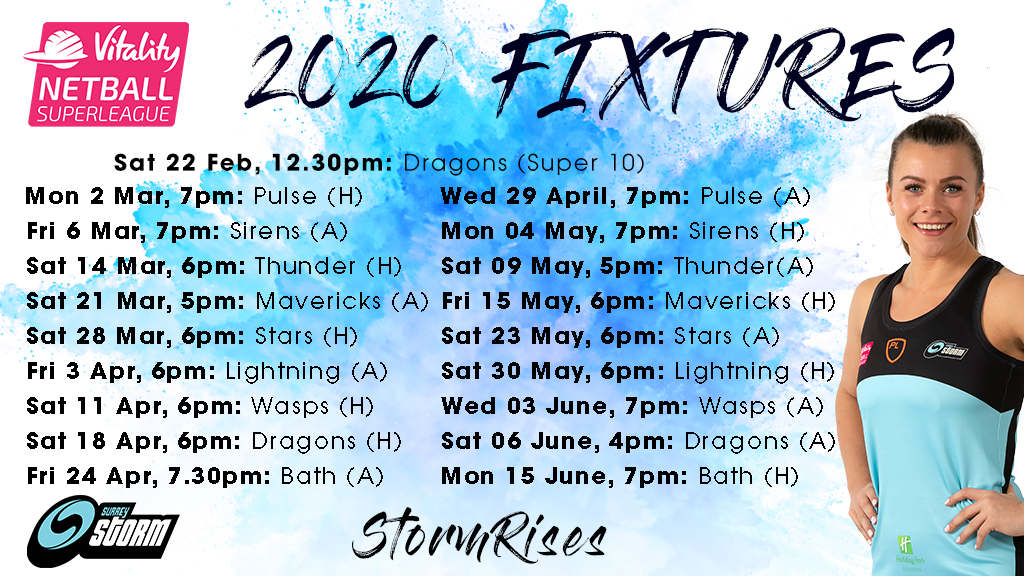