For the first time in the club’s history Durham University’s 1st XV have reached the BUCS Championship Finals and will play off against Exeter University on 10th April 2019 at Twickenham for the Championship Title, kick off is at 12.30pm and tickets for both men’s and women’s finals cost just £5.00 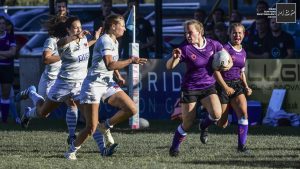 Durham are aiming to be the only undefeated team this season by overthrowing the reigning champions and claiming the title. Exeter no doubt will be doing all they can to prevent this happening and hang on to their crown.

Durham are coming off the back of the University’s most successful season ever, are yet to lose a match and have claimed the BUCS Premier North league title scoring 83 tries on the way and conceding a meagre 8 tries.

Durham University’s 1st XV were promoted to the BUCS Premier North league in 2011, and have performed well in both league and championship reaching multiple semi-finals and winning the league in 2014/2015.

The last two seasons they have lost out to the Twickenham Champions, however, this year under the leadership of Captain Beth Blacklock and Vice-Captain Coreen Grant together with international experience from Heather Kerr and Lydia Crossman they are hoping the mix of experience and young players will prove the difference in the final.  If they win, they will be the only undefeated BUCS side in the country – quite a feat!

But it’s not just the first XV that have been celebrating, this season has been hugely successful for the whole of the Durham University Women’s Rugby Club; their 2nd XV won the Northern 3B League title with ten wins out of ten and picking up ten bonus points on the way. While the 3rd XV finished 2nd in the Northern 4B League, a league in which half of the teams are university 1st XV teams. 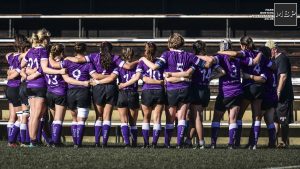 It is an immense commitment for a student led and run club but the motivation comes from a real love for the game and an understanding of the positive impact that a hard work ethic can make in both the university and the local community.

So, can Durham achieve their aim – head on down to the glorious Twickenham Stadium on Wednesday 10th April at 12.30, take in an exceptional game of rugby and find out!