The latest wave of England Rugby’s Inner Warrior campaign took place in January and was a great success. 3,049 women and girls freed their Inner Warrior at events around the country, around 1,000 of whom had never played rugby before.

Having already given a huge boost to grassroots women’s rugby participation, the 2018 campaign theme was ‘New Year, New You’, encouraging women to kick start their fitness routine for the new year and challenge themselves to take up a new sport. 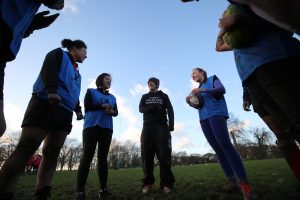 England international Katy Daley-Mclean who attended several camps said, “The Warrior Camps are really good opportunities for women to get into rugby who haven’t experienced it before, as women can just come down and give it a go.

“What’s been particularly special for me to see is how inclusive the clubs are to the new women who haven’t played before – everyone is really friendly and warm. It’s great as an elite player to see the welcoming environments in the grassroots game. I would encourage everyone to get involved and get active.” 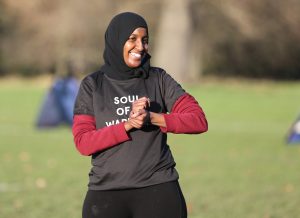 The Inner Warrior campaign aims to encourage more women and girls to play contact rugby, teaching key introductory skills and drills for rugby within a non-committal, social and fun environment. Since its initial launch, over 12,600 women have attended Warrior Camps nationwide; and of those women, over 4,200 had never picked up a rugby ball before. The number of camps available to women has continued to grow to meet demand and the influx of players saw 41 new female contact rugby club teams established in 2017. 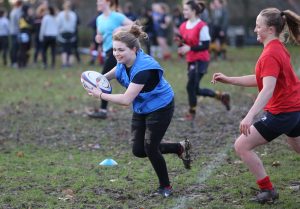 The next wave of Inner Warrior camps will take place in April and to discover more or register interest, please do so here.