The British Police Women’s Rugby team will be travelling to Switzerland in September to play the Swiss national team. 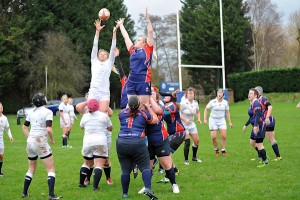 The match will be played in Geneva on Saturday 10th September – venue to yet be decided.

A 23 player squad has been selected for the trip.

Manager Clare Brown said: “The team has been formed over this last season where we have been carefully watching the players in order to select the best team to take to Switzerland in September.

“It wasn’t an easy task, as we have so many talented players, but in the end it had to be down to how well they worked together as a team.

“This will be the first time many of them have played against a national team set up and I’m sure everyone will take something away with them.

“Most of the players have to fund themselves and we are always looking for sponsors to help cover these travel costs.

“We’re very much looking forward to the game and the players are training hard in preparation for our training camp the weekend before in Manchester.

If you are interested in sponsoring either a player or the squad as a whole (or even making a donation to their travel fund)  you can get in touch with them directly via Facebook or Twitter or if you prefer you can contact them via this website.