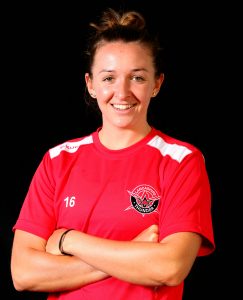 Kate who also features for LCB Women (Lancashire’s county first team for women) and Danni of Sussex Women will be joined by Surrey Stars and Middlesex Women left-arm spinner Alex Hartley who will be a fresh face in the England dressing room this summer, having been called-up from the England Women’s Academy (EWA) for the first time.

The 22-year-old, originally from Read in Lancashire, has impressed coaches with her early season form with the ball, alongside a series of eye-catching performances with the EWA in Sri Lanka at the start of the year, driving herself into contention for an international debut against Pakistan. Alex was on the Lancashire CCC Academy as a junior and played for LCB Women before moving to Middlesex. She was Lancashire’s player of the year for girls in 2010 when she represented the Under 17 County Age Group.

The first ODI at Leicestershire’s Fischer County Ground on Monday will mark the beginning of a new era for the side, as Heather Knight becomes the 21st captain of the England Women’s team.

Knight will be able to call on a world-class bowling attack, led by newly appointed vice-captain, Anya Shrubsole, and Yorkshire’s Katherine Brunt, who will be striving for an early breakthrough in Leicester to record her 100th ODI wicket. 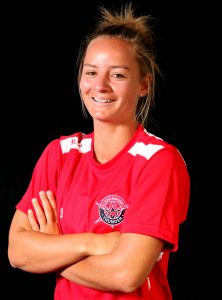 In the absence of Sarah Taylor, Warwickshire and Loughborough Lightning wicket-keeper batsman Amy Jones will be looking to seize her opportunity behind the stumps during this Royal London ODI series, with top-order batsman Lauren Winfield, also offering a second keeping option.

Fran Wilson will present another batting option for Knight and England Women’s Head Coach, Mark Robinson, having been recalled to the England squad following a number of strong performances for Middlesex and as captain of the Academy. Wilson last played ODI cricket six years ago, when she made her debut during England women’s tour to Sri Lanka in 2010.

England Women’s Head Coach, Mark Robinson, said: “Monday is going to be a very proud day for our new captain and vice-captain, Heather Knight and Anya Shrubsole. Under their leadership we will start a new chapter for the England women’s team, beginning with the three-match Royal London ODI series against a Pakistan side that cannot be underestimated.

“Pakistan showed everyone during the ICC World Twenty20 how dangerous they can be, when they beat the hosts India on their own patch. They represent a fresh challenge that as a squad we can’t wait to get out there and tackle.

“Congratulations to Alex Hartley on earning her first call-up to an England squad.  Alex has worked incredibly hard at her game over the last 12-18 months, and I have been very impressed with her skill as a left-arm spinner in the time that I have been working with her.”

Stephen Titchard, Lancashire Thunder Head Coach and LCB Performance Manager, added: “This is excellent news for Kate and Danni and I’m delighted for them. It is also pleasing to see Alex being called-up, she showed immense talent when she was with us as a junior.”

The squad for the third Royal London ODI against Pakistan in Taunton on Monday 27 June, will be named following the second match in Worcester.