Great Britain Head Coach Danny Kerry has named a squad of 22 athletes to travel to Valencia to face world number 15 side Spain in a three-match test series. The matches will take place at Polideportivo Virgen del Carmen Betero, the same venue Kerry’s team will travel to in June when they battle for Olympic qualification at the FIH Hockey World League Semi Final.

Great Britain, ranked sixth in the world*, haven’t faced Spain since July 2008; on that occasion they ran out 2-1 winners and have only lost to their European opponents seven times in 36 encounters.

The core of the squad comes from the England team who finished fifth at the recent Champions Trophy with 11 of the athletes who competed in Mendoza featuring in this series – Sophie Bray, Alex Danson, Susie Gilbert, Maddie Hinch, Joie Leigh, Shona McCallin, Lily Owsley, Susannah Townsend, Georgie Twigg, Laura Unsworth and Hollie Webb. 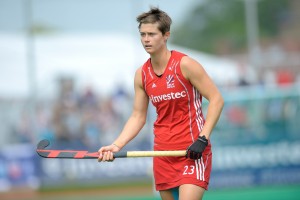 There are recalls for Kate Richardson-Walsh, back from time away and a break from the centralised programme, Nicola White and Sally Walton who all missed the tournament in Mendoza.

Speaking ahead of their departure to Valencia, Head Coach Danny Kerry said: “It’s great to be taking this group to Valencia and to be playing as Great Britain as we look ahead to a big year for the squad with Olympic qualification in June. There are six players in line to make their Great Britain debuts and as ever the combination of talent across the wider squad is an exciting prospect and brings extra competitiveness to selection and raises the bar of performance even further.”

Live match information including scorers can be accessed via this link