France and England experiment with a new-look League

As Katy Daley-Mclean, Susie Appleby and Simon Middleton discuss the future of English women’s rugby and the Tyrrells in particular (https://www.therugbyjournal.com/lockdown), a parallel discussion is going on in France.

For the French suffer from an unbalanced elite division just like the English. Here it is Saracens and Harlequins who rule the roost. There it is Montpellier and Stade Toulousain. Both pairs are closely trailed by other fine clubs, Loughborough Lightning (3rd) and Gloucester-Hartpury (4th), Bobigny and Blagnac; but the gap between top and bottom is too wide for comfort.

Clubs in both countries take pot luck when it comes to their location; Exeter, like the great French clubs of the Midi, have little competition from other sports. Sale have to fight against football and rugby league for air. French clubs in the north, including Paris, inhabit a world where rugby is a rarity. 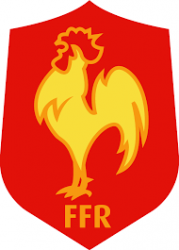 The French are in the middle of negotiations to reorganise their Top 16 with the aim of avoiding the wide margins of victory seen this season.

The favoured idea is to divide those sixteen clubs into 4 pools of 4; let them play home and away, then divide them off: teams in the top half would move on to play-offs; the others would ‘play down’ (an English phrase that might be misunderstood this side of the Channel!); to maintain and improve their standing.

The need for this adjustment sounds familiar to English ears. Our three experts spent an hour and a half discussing all the implications of the new-look Tyrrells. Daley-Mclean and Appleby represented the new faces, Sale and Exeter, but both had an earlier identity with those two clubs above that finished third and fourth in the 2019-20 season.

Both unions are trying to overcome the monopoly of talent granted to a few clubs. In England London has been the big magnet, as it was in Dick Whittington’s day. In France Paris plays a much less central role, though Stade Français threw their money at big-name transfers. Instead, the two leading clubs in the south have gone on attracting top talent.

A Revolution that partly failed

The FFR made a brave gesture last year by bringing the Second Division in to join the Top 8. The aim was to broaden the base of elite players capable of representing their country. Inevitably the junior clubs found this a daunting task. Now comes the new adjustment. Back in November 2019 they set up a committee to investigate the optimum path. They included representatives from the staffs of the National 15s, 7s and U20s plus three from clubs in Elites 1 and 2.

They wish to balance up standards right across the country. They have no wish to discourage players from joining the top clubs; rather they want to put systems in place that will bring every Top 16 club up to the same standard.

They are all too aware of the difficulties of setting up a successful championship; they are asking for ideas from all sides. There will be no top-down decision-making.

The coronavirus has one benefit only: to give them more time to refine their ideas and polish the final version of their proposal. Finding how to even up standards and narrow the gap between each level is the abiding dilemma in both countries. 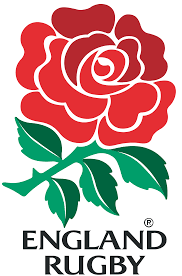 Simon Middleton was full of praise for what the Tyrrells had achieved in advancing the Red Roses’ cause. Skills that were once reserved for the international side are now seen right across the elite clubs. Fine coaching is helping to raise standards vibrantly.

He was in no doubt: the newly shaped TP Premier 15s would improve the situation even further. He laid emphasis on structures, the support staff offering medical services and S & C. Exeter and Sale would provide these in a way that the two relegated clubs were unable to.

At the same time Susie Appleby pointed up the tasks that face her and her staff: they have to find players of sufficient standing to take on the Daley-Mcleans of this world. She admitted that not a single England player was coming down to Devon; she would have to look elsewhere. A number of players with West Country roots were returning home – that was a starting point. For the rest, she was looking abroad to find the necessary quality. There were youngsters on Exeter’s books who would prove valuable in the future, but not yet.

Katy Daley-Mclean stressed the importance of developing a centre of rugby excellence in the Manchester area – Sale play their matches in Eccles, Manchester, not Sale. It’s an exciting challenge to build a club from the bottom up.

Both admitted the difficulty of assembling 40 players in the short time available, made harder by the privations of lockdown. Contacts can only be long-distance.

Middleton didn’t see a mass migration of his players likely till after the World Cup next year. They would want stability in familiar surroundings as they prepare for the big event.

Appleby and Daley-Mclean had severe doubts about the reduction of the payment to clubs from £75,000 to £60,000. Appleby asked how they could present a professional approach to the game with players being offered an average of £1,500 p.a. Both thought a total of £200.000 was nearer the requirement.

The RFU’s intention was to even out the playing strength of the ten clubs. But it negates the other aim of making the elite women’s game increasingly professional.

And, as we know all too well, the money is not coming in to fill the coffers. With more and more men’s internationals being called off or threatened, the RFU’s pockets are not bulging. The Chief Financial Officer is one Sue Day.

The Red Roses were due to play Ireland and Spain this summer, even before the Autumn internationals.

Our debaters were equally worried about the new maximum squad total of 40. It means nearly half the players won’t get a game each week. According to Appleby, they wouldn’t – at present – be allowed to go off and play for a Championship club. She has been in contact with Twickenham on that point. In any case, journey times would be crippling for players needing to travel to Bath or Southampton for a game.

The RFU did state they would be happy for clubs to run a Second XV if they wished. It is just possible that most, of not all of them, would find it sensible to do just that. We can’t be sure the RFU thought this piece of policy through carefully enough.

This discussion left no doubt about the RFU’s priorities in allowing Exeter and Sale to join the TP 15s. They have the structures and support facilities vital for maintaining an elite club.

But the fact remains that there was a second criterion laid down in the requirements for admission: playing strength. this seems to have been entirely overlooked by the selection panel. Appleby stressed the rigour of the investigation that took place at her club. It was stringent and stressful. But what questions were asked about any likely XV they were proposing to parade on the first day of the season?

A Difference of Approach

The FFR gave us a good idea of the people involved in making these important decisions. They sought opinions from every corner of their rugby-playing world. As usual the RFU preferred secrecy. We don’t know who did the assessing, who checked the audit or who the final selection panel was.

Two Nations with but a Single Thought