Both SSE Women’s FA Cup Semi-Finals will be broadcast live on the BBC for the first time in the history of the competition. 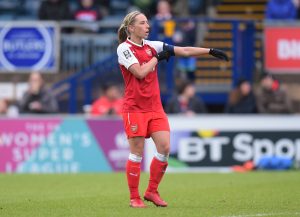 On Sunday 15 April at 3.30pm Chelsea v Manchester City will be broadcast live on BBC2.

And viewers will also have the opportunity to watch Everton v Arsenal at the earlier time of 12.30pm live on the BBC Red Button, Online and the BBC iPlayer.

Winners will receive a place in the SSE Women’s FA Cup Final, which will take place at Wembley Stadium (connected by EE), on Saturday 5th May.

The Final will also be broadcast live on the BBC, kick off 5.30pm.

Report courtesy of The FA