BT Sport has today confirmed its plans for the 2022 edition of the Women’s Ashes, which gets underway at 7.45am on Thursday 20th January on BT Sport 1.

Presenter Jules Breach and former England cricketers Lydia Greenway and Ebony Rainford-Brent will head up proceedings live from the BT Sport studio in London. The commentary team across the series will feature Alison Mitchell and Jason Richardson alongside a lineup of current and former Australian cricketers including Lisa Sthalekar, Elyse Villani, Holly Ferling, Trent Copeland, Callum Ferguson and Brad Hodge, with additional contributions from 5-time winner of the ICC Umpire of the Year Simon Taufel.

England head down under looking to reclaim The Ashes for the first time since 2013/14, when Charlotte Edwards’ side emerged triumphant in Australia.

In addition to being able to watch all the action online and on TV, BT Sport customers will be able to watch every ball live on the BT Sport App, as well as enjoy all the key moments via the interactive timeline feature. Available for both large and small screen devices*, the timeline allows fans to re-watch highlights such as boundaries, wickets, dropped catches and more, and move seamlessly back to the live action, all in 4K HDR quality.

Following the close of each day’s play, cricket fans will be able to watch short highlights daily on YouTube, the BT Sport App and btsport.com shortly after play finishes. The full highlights will be available later in the day for BT Sport customers.

For more information on how to watch BT Sport visit www.btsport.com/ashes 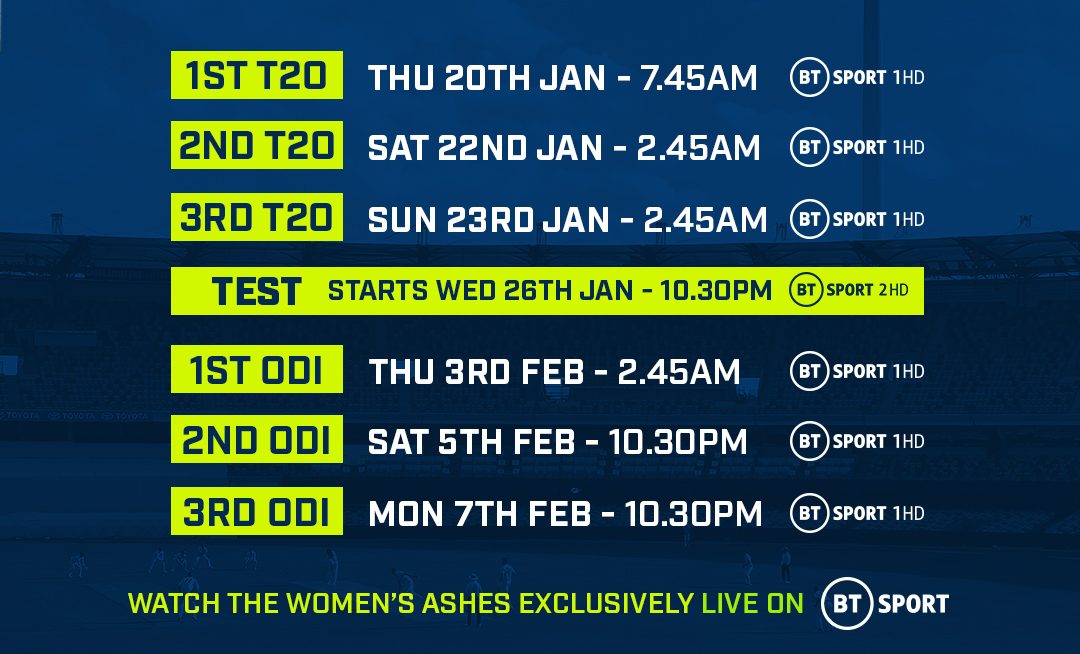 With thanks to BT Sport