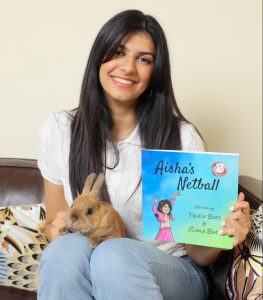 Ziana with Scamp and her new book (Photo: Rahil Ahmad)

Following the release of her book – Aisha’s Netball – Ziana Butt has been kind enough to share with us her thoughts and motivations.

Netball has been my passion for many years now both on and off court. The emotional journey has been and continues to be a tough one as we carry our lived experiences with us, I have used mine to try to change perceptions and forge a path for the next generation. Many coaches believe that South Asian youngsters and their families are more academically minded so we are not taken as seriously as other children. 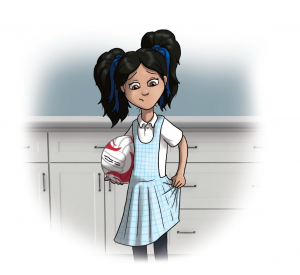 I feel that in numbers we would possibly not be so readily overlooked and be given the same opportunities to progress beyond community and club level netball.

Aisha’s Netball was the next natural step as I discovered through my voluntary work that most children I met hadn’t really thought about sport as a profession and honestly, which child wouldn’t want to read a fun and engaging book about Netball. 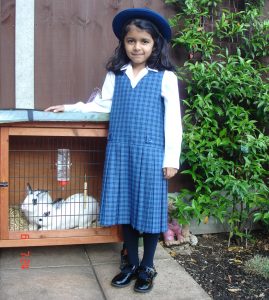 The book is inspired by me so there are some hidden gems personal to me in Aisha’s Netball, I thought it would be fun to share a few. Not many people know but my middle name is Ayesha, so the main character in the book is a bit of a nod to me, just spelt differently. Aisha’s school uniform also bears an uncanny resemblance to mine when I was Aisha’s age, although Aisha is lucky enough not to wear the rather odd hat I did, which was always falling off. 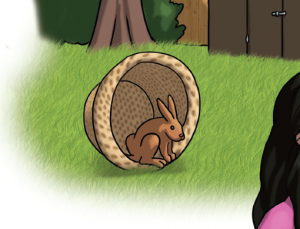 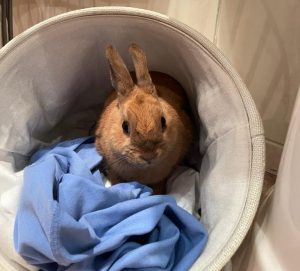 The three bunnies that feature throughout the book are all my current pets and Scamp’s little personality is just as reflected through the book, very naughty, always tipping things over and he has the sweetest innocent face making it really difficult to tell him off.

Those in the netball community that know me, will know as a family we are quite creative and love to make things, our cardboard cut-out defender was one of our most popular. The netball post Aisha builds with her papa is inspired by the fun we have making things at little to no cost. The pandemic made us all dig deep into our imagination and be creative. I also love the close relationship Aisha has with her papa as it is reflective of my relationship with my dad who would do anything for me. 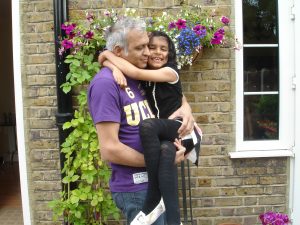 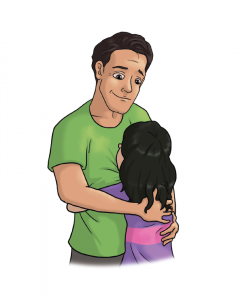 The pride Aisha feels when she joins her netball club is a reflection of the pride I felt as part of the England NETS U21 squad when I put on the England dress at the World Indoor Netball Championships. I hope many more South Asian youngsters have the opportunity to feel that elation in years to come and that I may have played a small part in inspiring them.

The part of the book that brings the biggest smile to my face is the illustration of the blue GA bib lying on the floor (lead photo). That weekend unbeknown to our wonderful illustrator Glen Holman, I had the best time with my Saracens Mavericks family and wore the same GA blue bib (bottom right). 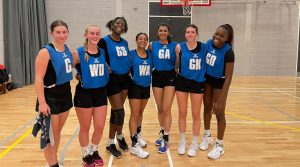 The eBook is available on Amazon worldwide where they have a platform and print book direct from the authors via the contact page at https://zianabutt.wixsite.com/mysite