* The Final Draw show will start at 16.30 BST and finalise all groups and resulting fixtures
* Women’s football legends will be joined by Premier League stars to draw the balls
* Show hosted by Alex Scott and Gabby Logan
* Fans will have their next chance to apply for tickets following the draw with the Public Ballot opening that evening at 19.00 BST www.uefa.com/womenseuro/ticketing

UEFA and The FA have confirmed that the UEFA Women’s EURO England 2022 Final Draw Show will be hosted live on BBC One from 16.30 BST on the 28 October. Fans tuning in can expect a star-studded show, hosted by Alex Scott and Gabby Logan live from Greater Manchester. 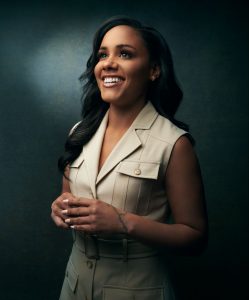 For the draw, hosts England will be placed as the top seed in group A, with the remaining 15 national teams split into four pots according to their national team coefficient ranking. They will be drawn into four groups of four, with the top two in each section progressing to the knockout phase.

The match schedule will be confirmed shortly after the draw. From 19.00 BST fans can then enter the public ballot and apply for tickets for all matches until 16 November 2021.

The tournament, which is due to be the biggest women’s European sport event in history, takes place from 6 July – 31 July 2022 in 10 stadiums, across nine cities in England. They include Brighton & Hove, London, Manchester, Milton Keynes, Rotherham, Sheffield, Southampton, Trafford and Wigan & Leigh.

For more information and to enter the public ballot for tickets, visit www.uefa.com/womenseuro/ticketing