Establishing a feasible Women’s Lions tour isn’t as easy as we would love it to be. The men’s version has the advantage of 130 years of experience and tradition. 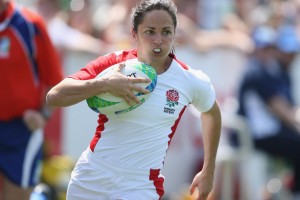 Picking a squad to represent the British and Irish Lions is the easy bit. The problems start there: who and when do they play? Where does the money come from?

So a distinguished committee of thirteen has been asked to investigate the possibilities. They are chaired by a member of the Lions nobility itself, Ieuan Evans, renowned ex-Wales captain. Joining him are leading figures from the four home nations, Anthony Eddy (Ireland), Gemma Fay (Scotland), Hannah John (Wales) and Sue Day (England). There are two more significant names on the list, a recently retired international, Niamh Briggs, now head coach of UL Bohemians, and Shaunagh Brown of Harlequins and England (pictured above).

I have made two attempts to find answers to the questions they will be putting, without huge success. The first goes back to August last year http://4theloveofsport.co.uk/2019/08/02/a-british-and-irish-lions-tour-another-step-towards-equality/. The second, more frivolous, came in January this year, as we waited impatiently for news of negotiations http://4theloveofsport.co.uk/2021/01/21/into-the-land-of-make-believe-a-lions-xv/. I even saved future selectors the need to deliberate by providing them with two teams.

The three crucial issues I outlined, opposition, timing and funding, are still unsolved. The second may well prove to cause the greatest concern.

The only sure-fire host nation is New Zealand. Other possibilities include France and North America, but they would involve difficulties of promotion that the Lions could do without.

Both Royal London (the principal global partner) and Vodaphone have a representative on the committee. With any luck they (and others) might be willing to back a tour, given that the traditional level of support for the men’s matches through the turnstiles wouldn’t be present.

But it is the calendar that looks like an insurmountable wall. World Rugby won’t announce its new global calendar till 2024 at the earliest. The constituent members have been arguing over details for a long while now, each loath to give way to the others’ requests.

The annual timetable for women’s rugby is filling up fast. In England alone the Allianz Premier 15s league now occupies ten on the twelve months available (September – June), and that excludes pre-season training. The Six Nations has to be fitted in, now permanently shifted to April, we may assume.

2023 will see the launch of the WXV, a totemic project that World Rugby sees as a vital accelerator for the worldwide spread of the women’s game. Nations divided into three tiers will be travelling great distances to fulfil fixtures.

Next a group of mainly retired rugby folk have hatched an idea entitled World 12s which would hive off the best players in the world to play a new style of rugby over a three-week period, potentially in September-October. That would soak up 192 players, not all of them the elite, because the gentlemen concerned aim to include the odd player from a tier-2 nation.

So the Lions committee has to find a time-slot that would accommodate both the hosts (let’s assume New Zealand) and the visitors.

All the players involved in a Lions tour, visitors and hosts, would need to be in prime fitness for this supreme challenge to their skills. And there are still only 365 days in a year, 366 if we’re lucky.

So the distinguished committee will have its work cut out to offer clear guide-lines to the people who would then be responsible for putting a first tour into operation. The term ‘feasibility’ is important here.