Ben Fletcher is heading to his second Olympic Games and there are debuts for Megan Fletcher and Prisca Awiti-Alcaraz as Team Bath judoka celebrate their official selections for Tokyo 2020. 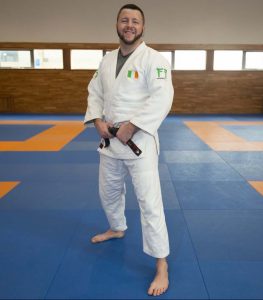 The Fletcher siblings – whose selection has been officially confirmed today – will be competing for Ireland in Tokyo, with Ben all set for a remarkable return to the mat just five months after breaking his leg while competing in Israel. He fought at Rio 2016, while older sister Megan, who is retiring after the Games, has successfully qualified to make her first Olympic appearance – the perfect conclusion to a career which saw her win Commonwealth Games gold.

“It just goes to show how high the quality of the players and coaches here at Team Bath is,” she said. “We set that goal to qualify for the Games and all three of us did – me, Ben and Prisca – so it’s a very special moment to all be going there after the journey we have been on together.”

Fletcher, coached by Juergen Klinger and Ciaran Ward, is also grateful to be competing alongside her brother at this Games having watched him from the stands at Rio 2016, particularly as no spectators will be allowed in the Budokan.

“It was hard in Rio because I’d missed out on going so I was upset about that but I was also really happy for Ben, so it was a real mixed bag of emotions,” she said. “This time round we’ve both qualified and we’re going to be there together.

“I love him being at the competitions with me, I can always hear him cheering in the crowd, and it also means I have a family member who can actually travel with me. My mum, dad and boyfriend can’t come to Tokyo so I am really lucky that I’ll have Ben there with me.” 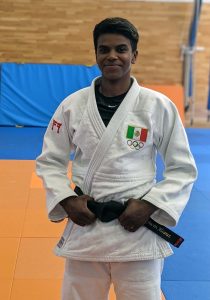 British-born Awiti-Alcaraz will be Mexico’s sole judo representative at the Games having secured a continental quota place with some excellent performances during the gruelling three-year qualification process.

She flew out to Mexico on Sunday with coach Tom Reed to finalise her Olympic preparations having spent the previous two weeks training with the high-performance judo squad at the Team Bath Sports Training Village (STV), the group she first joined in 2015 when she began a Sports Performance degree course where she was supported by a Santander Scholarship.

“Going to the Olympics has always been a dream for me and Japan being the home of judo makes it even more special that my first Games will be in Tokyo,” said Awiti-Alcaraz. “I competed in the Budokan at the 2019 World Championships, which was the test event for the Olympics, and it’s a pretty special place.”

Howell also trained in the STV’s dedicated judo dojo during her four years studying Sport & Exercise Science, a course she started a month after competing at London 2012. Injuries prevented her from qualifying for Rio 2016 but she has fought back superbly to earn a place in Team GB’s six-strong squad for Tokyo.

“Two years ago I never even thought it was possible for me to get to the Tokyo Olympics,” Howell said. “I never even dreamed of winning back-to-back Grand Prix in an Olympic year. My journey to here has not been easy, including 10 operations, but that makes this even more special.”

The quartet’s selections mean that 32 sportspeople who either train at or are graduates of the University of Bath have now been officially selected for the rescheduled Tokyo 2020 Olympic and Paralympic Games, with more selections due to be announced in the coming days.

Find out more about the Team Bath Judo programme by visiting teambath.com/judo.