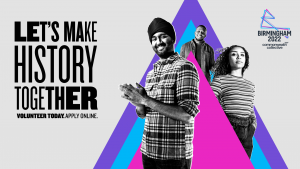 These volunteers will be known as the Commonwealth Collective.

I was lucky enough to be able to chat with Hannah Cockcroft, who is currently quarantined at home after competing at the ParaAthletics Grand Prix in Nottwil, Switzerland.

When I say competing I actually mean winning the 100m and 800m and setting a new World Record. Such is the life of an elite para athlete that you can achieve greatness and yet it is not reported, or celebrated – except on the website of the event organiser.

Hannah has won five Paralympic, 10 World and two European titles since making her international debut in 2011. However, as yet she is missing a Commonwealth medal and hopes to rectify that in 2022.

The Commonwealth Games is one of the few competitions in which para events are integrated rather than a separate competition. Should she be selected Hannah will compete in the 100m. 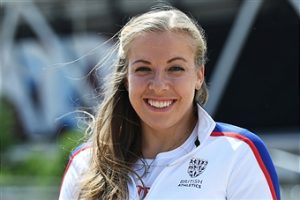 Hannah’s achievements are all the more incredible because when she was born her parents were told that she would never walk, talk or even live past her teenage years. They certainly didn’t believe she would ever be able to live an independent life. She credits her family for having a can do attitude and giving her the support necessary to achieve so much. Her own determination and strength of will to battle on and defeat the odds is extraordinary and part of what makes her a champion.

Until discovering sport Hannah spurned the use of wheelchairs but after first playing wheelchair basketball and then being introduced to wheelchair racing she embraced the chair and once shown the track she never looked back.

When asked what her most valued achievement is, it is her independence that she prizes most highly – and who can blame her.

Whilst looking forward to hopefully being able to compete in a home Commonwealth Games, Hannah is also hoping to contribute to make it the biggest and best Games that it can possibly be. Everyone remembers the 2012 Olympics and the wonderful boost it gave to the country as a whole, the Commonwealth Games is another such time and coming after the torrid time the country (and indeed the world) has had during the pandemic, a boost would be most welcome.

Hopefully life will be back to a better kind of normal by next year and the stadiums will be full.

At the centre of the success of the Games will be the volunteers, the heartbeat of the games, the essential oils that make everything run smoothly.

Thanks to Hannah Cockcroft for taking the time to speak with us and we wish her every success.

Apply to be a volunteer at www.birmingham2022.com