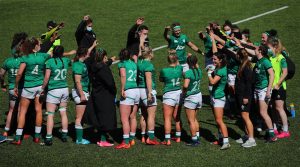 This really was a surprise. The Irish came out fighting and had three tries on the board before the Azzurre could put their house in order and score their first.

It wasn’t a great game; far too many handling errors for comfort, and the Italians hardly got going. You have to wonder whether the game’s late switch to Dublin upset their preparations and their togetherness on the field. One of my Fantasy Rugby choices, Beatrice Rigoni, had an off-day; but it wasn’t her fault I finished in 166th place. At least 167 competed, I hope.

The result will do Irish hopes a power of good as they face the much postponed qualifying rounds of the World Cup.

As with other nations, they will suffer when their 7s players are summoned away. Stacey Flood looks their answer to the No 10 problem, but like Amee-Leigh Murphy Crowe her heart is in the 7s game. Murphy Crowe showed her paces in this her first start with two tries. 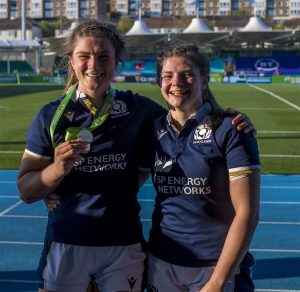 Scotland gained a hugely encouraging win in the sunshine at Scotstoun. It was a delightful change to see smiling faces at the end. At last they could show what they are really made of, combining forward power with a fluency in the backs that we haven’t seen since their tour of South Africa.

For Wales this is yet more disappointment. While many people are minded to place the greatest blame on the WRU for its failure to (re-)establish proper pathways like an U18 and U20 squad, the current players must look at themselves and ask if all the errors they are making are forced on them by the opposition. There was so much faulty handling in this vital game. After all, nearly everyone chosen to wear the red shirt this season has been playing in the AP 15s, reckoned the best club championship in the world.

It’s hugely to their credit that they came back so strongly towards the end, two fine tries from Lisa Neumann and Caitlin Lewis out wide bringing them within seven points of the hosts, but it was not to be. For the second year running they finish at the bottom of the tree.