The benefits of belonging to a club and taking part in sport are immeasurable. Participants develop a sense of belonging, gain in confidence, learn new skills, exercise and learn teamwork, to mention but a few of the pluses. 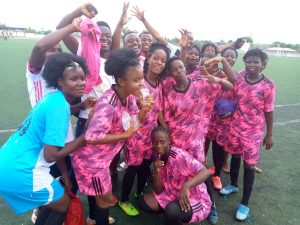 In Liberia Sidiki M Kouyateh has formed the City Football Academy to try and give the local youngsters, in particular women and girls, the opportunities that were not available to him as a child, and all the benefits that can be found in joining the Club and taking part in organised sport.

Sidiki is the Club President and sole sponsor, though he is hoping that that may change.  Financing the club alone is immensely challenging particularly since losing his job. The lack of sponsor also means that he has had to turn away all the boys (some 150) that were attending and focus on the girls and women, all through lack of funding.

City Football Academy though formed in 2019 has already grown to have more than sixty girls and the aim is to enable all of them to grow and develop not just in football but in life.

The Club now runs two teams, the first for women and girls from 15 to 25 years of age and the second 15 years and under.

The senior team is top of their league with 9 points having played 3 and won 3.

In their latest game, in the President George Weah Cup, City beat the Pro Sisters by 7goals to nil.

The future is bright for the City Football Academy, although there is clearly a lot of work to do, and we hope to be able to follow their progress. 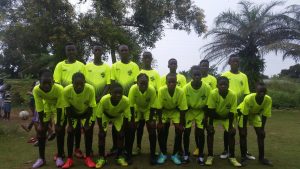 We are hopeful and we will be happy to see a partner or sponsorship, because I alone can’t manage the club because of the economy problem in my country now. I lost my job and I am managing by the grace of God, to be frank with you the children depends on me 99% . The school is open now and they need to go to school by all means. I hope you can to help find a partner internationally or locally.

Can you imagine I have let go the boys because of no sponsorship, I had more then 150 boys and I served as the light for them in darkness but right now I can’t continue helping everyone at the same time