We would like to congratulate four time Olympian Donna Fraser on being awarded an OBE for her services to Equality, Inclusion and Diversity in the Workplace. 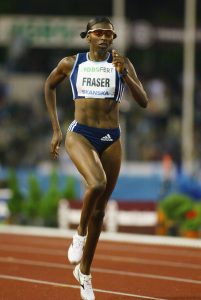 Donna’s reaction to the award:

“I am truly honoured to be recognised for the work I do at UK Athletics and to be honest still in shock. The messages of congratulations have been overwhelming and I’m humbled by the responses. ED&I is a journey and involves ongoing conversations and commitment so that it is fully embedded into an organisation. It is everyone’s responsibility to drive the ED&I agenda and we at UK Athletics will not rest on our laurels as there is much more work to do. In the meantime, I’d like to thank all those who have supported my ideas to make a difference and I’m looking forward to building on our progress to date.”

Currently holding the position of UK Athletics’ Equality, Diversity and Engagement Lead Donna has been influential in driving change at UKA and beyond and has also been a key figure within UKA’s “Let’s talk about Race’ programme which recently culminated in a sport-wide commitment to tackle issues of racial inequality.

Her athletics career began as a Junior competing in 200 metres and winning six English Schools titles from there she went on to compete in four consecutive Olympics including the 2000 Sydney Games, where she was a 400m finalist.

Having developed great experience within the field of equality and diversity communications, since her retirement from competitive athletics in 2009, Donna led on British Athletics’ COACH exhibition, which was hosted in recognition of the contribution of past and present black and Asian athletics coaches in the UK from grassroots to elite level.