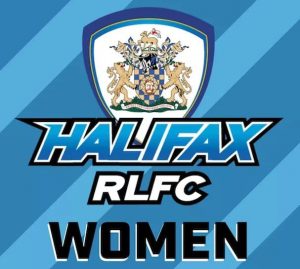 Ash has been involved with rugby league since the age of 10 and has coached since 2016, with Hunslet Warriors, Oulton Raidettes and Wakefield Trinity women’s teams.

Since 2017 he has coached the U12s girls at Oulton and for the last two seasons he has spent time coaching at the Yorkshire talent pathways hubs for girls at U14s and U16s alongside numerous Wakefield Trinity DNA Development Days.

Ash wants to build on the foundation already in place at Halifax.  He says they have made great progress in a very short time and he will look to increase player numbers and get out into the community creating good relationships with local schools and youth organisations.

Halifax currently play in the Women’s Championship [which is the second tier of women’s rugby league] and Ash is looking forward to a good season on the pitch in 2021 and to supporting the men’s team.  He will continue to be involved with the U13s at Oulton Raidettes, his daughter’s team.

Halifax Rugby League Club has a rich heritage, formed in 1873 as a rugby union club before becoming founder members of the Rugby League (or Northern Union as it was originally known) in 1895.

Halifax Women were formed in 2019 when they merged with Brighouse. After a successful first season where they reached the League 1 play offs they were promoted to the Women’s Championship for the 2020 season.  Before the pandemic hit rugby league was one of the fastest growing women’s sports and we hope that will continue when normal sport resumes, hopefully next year.

We wish Ash every success in his new role and look forward to promoting Halifax and rugby league in general again very soon.