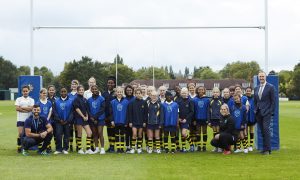 Red roses and Harlequins rugby legend Rachael Burford is leading a new global project aimed at providing a pathway for girls and women within rugby and to redress negative attitudes towards women in the sport.

The Girls Rugby Club is a rugby club built by girls, for girls in the form of an online platform to share knowledge, resources, inspiration and opportunities to girls and women around the world. Burford and a team of expert coaches, including fellow women’s internationals, will also roll out a series of face to face rugby workshops for female rugby players of all ages and abilities. The online platform will include options for free and paid memberships, alongside regular content of interest to the female rugby community.

Coaching will include rugby specific on and off-field courses, in addition to support from experts on a range of related disciplines including nutrition, mental wellbeing, sports psychology, strength & conditioning, recovery & rehabilitation, sports science and optimising menstrual cycles around training and competition. All content will be tailored for women and girls.

A 14-year international rugby veteran, Burford is turning her attention to the future of the women’s game as the next evolution of her successful Burford Academy. During lockdown, the Burford Academy was able to offer a range of popular Zoom training sessions and remote coaching to women and girls awaiting the return to play.

The Girls Rugby Club will continue to provide remote resources with the view to uniting the global women’s rugby community and filling the gaps left by funding cuts and restrictions around training and competition due to the covid-19 pandemic. 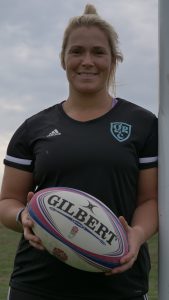 Girls Rugby Club founder Rachael Burford says, “I absolutely believe that rugby has the power to develop extraordinary women and girls. I’ve grown up in rugby and gone all the way to the elite level. There are opportunities out there but they’re quite limited and I think we’re facing an uphill battle now more than ever with the impacts of covid having a disproportionate effect on women’s sport worldwide.

“It is very important to me that we have a place that is for girls, a place to create incredible moments and a place where they can feel a part of something that’s bigger than just their local rugby club or themselves. The Girls Rugby Club will be somewhere they can feel part of a global community that’s all about driving and normalising girls and women in rugby.

“It’s not stand-alone, we want to be part of the movement that’s happening in women’s sport and within rugby and we want to give these girls the chance to be the best they can be. We want everyone to be a part of it and if we do that together as a whole community, then we can accelerate that movement.”

Female rugby players of all ages and abilities worldwide are invited to attend the very first virtual Annual General Meeting of the Girls Rugby Club in what will be an opportunity to discuss and share some of the challenges facing the women’s game, to table potential solutions and to provide input on shaping the Girls Rugby Club at its inception. Heading the meeting will be Rachael Burford and other founding members. To register your interest please email reception@girlsrugbyclub.com.

The Girls Rugby Club has been established to solve some of the common issues within the women’s game, the same issues raised by a recent survey conducted by Rachael Burford in the lead up to the launch of her new project.

The survey canvassed over 50 female rugby players of all levels ranging in age from nine to 50, who have either played or are currently playing in England.

Among the key findings, were that 53.7% of respondents felt they had been judged or faced negative stereotypes playing rugby in England.

Furthermore, many shared their personal experiences facing bullying, difficulties with kit and facilities and a lack of opportunities compared to male rugby. A total of 83% said they had experienced issues with the size and fit of their supplied rugby playing and training kit, and 68.5% felt girls and women were not adequately catered to when it comes to rugby playing and training kit.

In contrast to the negative responses, the survey also uncovered some encouraging findings about the impact of rugby on self-esteem.

An overwhelming 90% of respondents said that playing rugby improved their self-esteem and confidence, and while 92.8% felt conscious of their weight and physical appearance, just 13% felt self-conscious in a rugby environment.

See below for the full summary of findings and an overview of respondents’ personal experiences.

For more information go to girlsrugbyclub.com

The following results have been collated from the answers of 55 respondents ranging in age from 9 – 50. They are female rugby players from all over the country who have played or currently play at all levels from grassroots through to regional/county representative level. For the full report please contact maryke.penman@macesport.com