Susie Appleby’s promise of bringing international stars to the newly-formed Exeter Chiefs Women’s side continues today with confirmation of the signings of Patricia Garcia and Laura Delgado.

In what will be the club’s debut season in the Premier 15s, Appleby has been working tirelessly – even amidst the Covid-19 pandemic – to piece together a squad she is confident will be able to challenge next season. 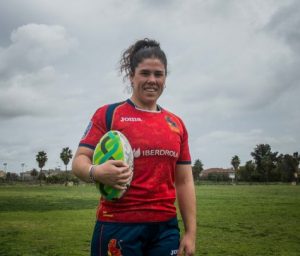 Scrum-half Garcia, 30, and prop Delgado, 30, are the latest additions to Appleby’s grand plan, which over the coming days and weeks is set to announce further new arrivals in Devon.

“Patricia is a wonderful player and a wonderful person who I’ve come across many times on the 7s circuit over the years,” said Appleby. “Her experience of playing both 7s and 15s is key and I know she will bring so many great attributes to the squad.

“When I look at her and the age she is, I really think she’s right in the prime of her career. What she will bring in terms of her control, her skill-set, and the tempo in which she likes to play the game, I’ve no doubt she will be a real asset to us.”

Equally, Appleby is delighted too have acquired the services of Garcia’s international team-mate Delgado, who herself already has experience of playing in the Premier 15s, having previously featured for Darlington Mowden Park. 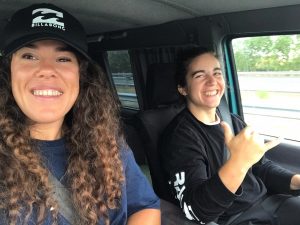 “Bimba [Delgado], like Patricia, is another who comes to us with some great experience behind her. Not only has she played in the Premier 15s in the past, but she’s captained her country, and the fact she can play either side of the front row is a huge bonus.


“Having both of them on board, alongside some of the other names we’ve yet to announce, I think people will really get to see the quality of the squad we’re starting to piece together here at the Chiefs.”

Garcia and Delgado have in the past fortnight joined up with their new club, having travelled over 2,000 kilometres from Spain in a camper van to take up their new challenge.

“This is a great challenge for me,” said Garcia. “For me, this is an opportunity to improve, not only as an athlete, but as a person as well. To discover a new league and to contribute to a new team, it’s very exciting times for me.

“I have been fortunate for the past seven years to dedicate myself professionally to the 7s squad, but this will be my first contract in 15s. It is nice to have a new path in my career and to experience the English league.”

Equally, Delgado can’t wait to get stuck into the action with the Chiefs. She added: “I know the level in England is very high. I didn’t have a contract for the new season, so it’s been a dream to get the call from the Chiefs.

“I am looking forward to training with the team, working with my team-mates, and enjoying a new lifestyle. I hope to contribute as much as I can to the club and also to the national team.”