To mark the one-year countdown to the postponed Tokyo 2020 Olympic Games, the British Sailing Team has released a collection of iconic posters celebrating its selected sailors. 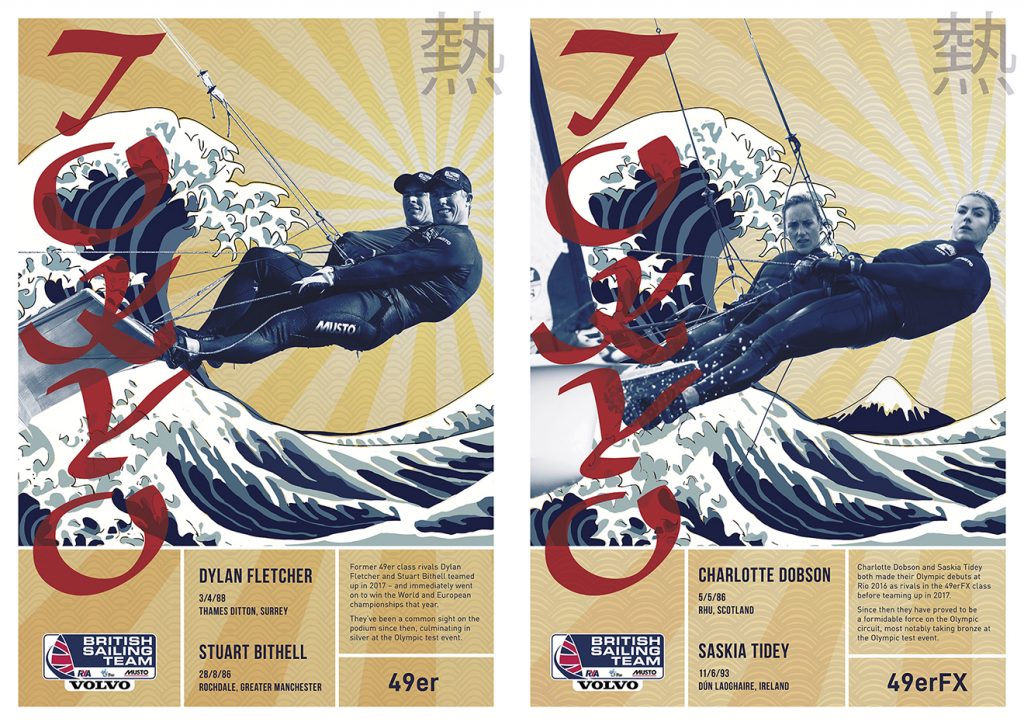 Each image blends action photos of the sailors with quintessential Japanese illustration that takes inspiration from the famous illustration The Great Wave off Kanagawa by Katsushika Hokusai.

To mark the poster launch, the British Sailing Team is holding a competition for fans to win signed posters of their favourite sailors, plus a set of all ten for their sailing club, school or organisation of choice. 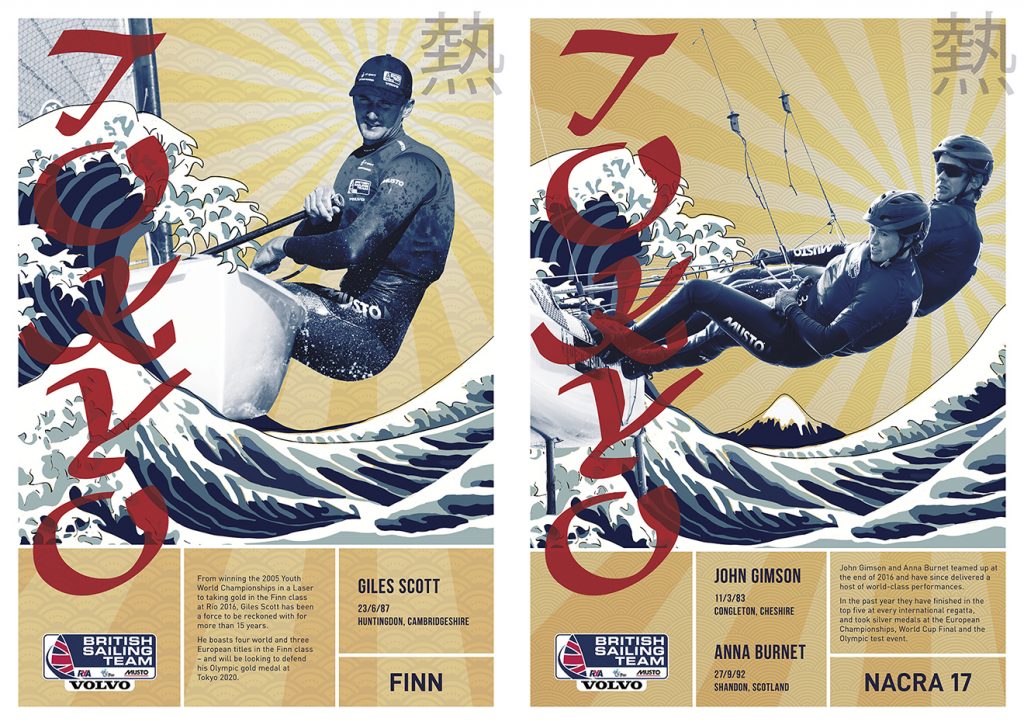 To enter, head to the British Sailing Team’s Facebook or Instagram channels. Details of the competition will be released later today.

“We wanted to create something iconic to celebrate the sailors who will fly the flag for Team GB at Tokyo 2020,” said Will Carson, communications manager for the British Sailing Team.

“Our designers have done a fantastic job to blend amazing photographs taken by Mark Lloyd during a British Sailing Team training camp with distinctly Japanese illustration based on the Great Wave off Kanagawa. Each poster is unique but unmistakably part of the same set.

The Tokyo 2020 Olympic Games will take place from 23 July to 8 August 2021, with the sailing competition held in Enoshima from 25 July to 4 August. 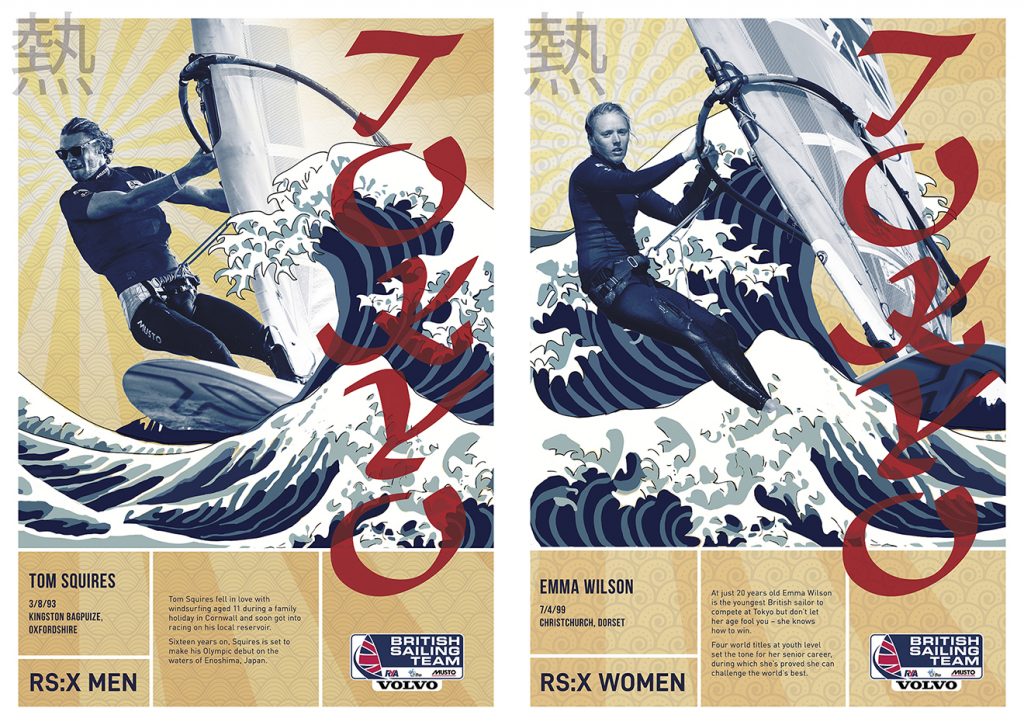 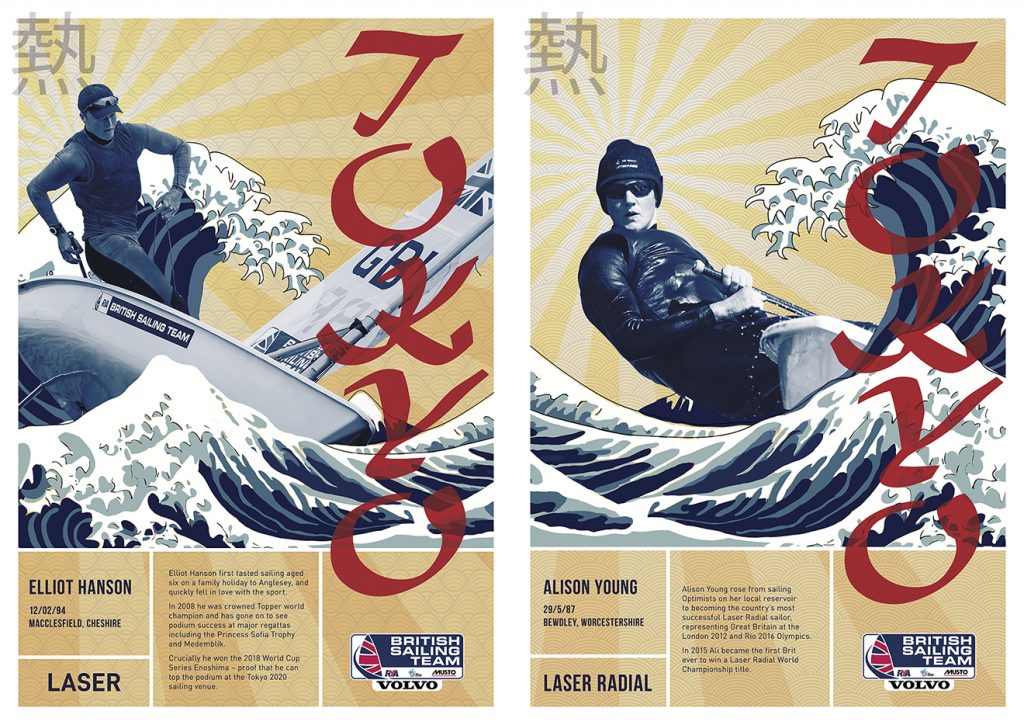