It’s reliably reported that World Rugby is seriously considering reducing the number of replacements allowed. At present it is a very generous eight.

Once upon a time it was zero. If a player had to retire from the field through injury, too bad. Famous stories were told of teams winning a game they had played for 79 minutes with fourteen players. 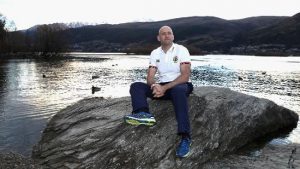 There is an ongoing study into the impact of replacements on injuries and the pace of the game. It is led by WR’s chief medical expert, Dr Éanna Falvey.

The most likely amendment: the bench being reduced to six (or fewer).

The only running certainty is the need for replacement props. Even the position of hooker might be deemed open to non-experts.

More players able to play a game at the weekend; more players being required to last the entire game, which should, surely, be a logical requirement in any sport.

Less emphasis being laid on size and strength; more players would need to be able to last the entire game. Eddie Jones has called for ‘fatigue’ to be readmitted to the game; players should be tested for stamina as well as weight, power and big hits. That would speed the game up. The fitter team would reassert its right to dominance in the last quarter.

Is it right that a player knows at kick-off that she can give her all for 50 minutes because she will be replaced by a fresh-as-a-daisy team-mate?

The selectors would have to decide the best forwards/backs split. Most probably 4/2, far less likely 5/1. Either way, it would throw greater emphasis on versatility.

Till now, back-up at hooker and scrum-half has been taken as essential. One of the most notorious selections was of Mauro Bergamasco, the great flanker, as scrum-half for a test match in 2009. Italy were missing their three best players in that position. He had a nightmare of a game. But in the England-Wales game at the Stoop in March Katy Daley-Mclean gave a perfectly competent performance at No 9 in the closing stages. And the Red Roses have huge wealth in versatility, especially among the backs.

In recent seasons Simon Middleton, England’s head coach, has tended to use all his replacements. I can think only of one match – France v England at Clermont (November 2019) – where Lydia Thompson was left unemployed. On the other hand he has introduced non-playing reserves to the travelling company.

But voices are heard claiming that this policy lowers the significance of an international cap won. No wonder they have multiplied so fast during this period. You might be sent on in the 78th minute, and that was one more cap to add to your hat-stand, the same number as the person you replaced.

First, the study needs to be completed. Then, how fast could the World Rugby committee come to a decision? In a strange way it could be quicker under lockdown than in normal conditions. No need to wait for an annual meeting; they could discuss internationally by webinar.

How clear is the argument? The original suggestion marks a reverse of a trend that has developed over the past few decades. The number of substitutes has gradually risen to its current total of 8. Past generations might wonder why a sport is contested that does not expect its players to last the course.

But in those days player-welfare was hardly a consideration.

Initially replacements were permitted for injuries only. Clubs with standards lower than expected sought to circumvent the rules by pretending that players were injured who weren’t. A doctor’s say-so was then required to assure the referee the substitution was genuine. Best not to mention ‘bloodgate’ at a prestigious club.

The next step was that replacements were allowed whenever the coach so wished.

If WR were to decree that no more than six replacements are allowed, that would have its effect on all competitions and clubs. In one sense it would mean fewer players being retained. In another, the extra wear and tear on players on the field might mean rationing their appearances more strictly.

Under a new ruling the hope must be that more teams will be able to play more matches each weekend. Each individual would have an increased sense of her importance for the team, likely to play a full 80 minutes.

As for the World Cup in New Zealand, the effects are harder to discern. Squad sizes have been raised to 30 – not before time – but fewer players would have the opportunity of representing their country in each game.

Four pool matches would equal a total of 4 x 21 = 84 places available, as against 4 x 23 = 92 in 2017. Coaches could still ensure that every player in the squad takes her place on the field, but less often than before. And when match situations become make-or-break, the temptation to leave only the best players on the field would be strong.