Willow and Noah have been playing football since they were 4 and 3 respectively, Willow plays mainly right midfield and Noah left midfield. 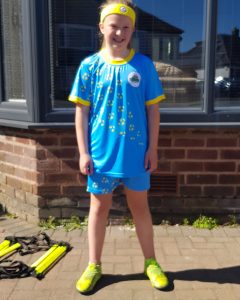 Willow had tried ballet, street dance and tennis before football but was never really engaged until dad Jason took her along to a mini football session and that was it, she got the football bug straight away and has been football mad ever since.

Playing with her friends is a big reason Willow loves playing football  but now she really wants to try and have a career in football so is looking to really push herself.

At first Noah was too young to join in the sessions so dad Jason used to keep him amused by kicking a ball with him, Noah progressed from there and he too is hoping for a career in football.

Lockdown has been tough on the Robinsons as for most people. Willow and Noah have coped really well but have really missed playing matches, so they sat down and discussed what they were going to do about football and agreed to train 5 days a week to keep them fit, sharp and really to make sure they were outdoors having fun. 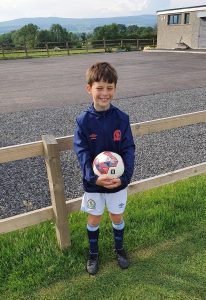 They decided to video sessions to track progress during their new weekly programme. To challenge them they agreed to do keepy uppies every training session something which they had never really done. 12 weeks in and Willow’s best is 44 and Noah’s is 196.

There has been a positive reaction to the videos from friends and family, saying how much they can see improvements in speed and confidence.

We will be continuing to follow the progress of these youngsters – they certainly have a bright future ahead.

You can read our other articles about children training in lockdown here and here.