Rugby Australia has announced the return of rugby on July 3. Super Rugby will restart this weekend (13-14 June) in New Zealand only. The readiness of the players to take part must be viewed against the points that follow.

As Sharni Williams reports (Women’s Rugby Pod, 9 June 2020) on the pay-cut her Wallaroo Sevens team has been forced to take (they are Olympic Champions, remember), the financial difficulties facing the world game are brought forcibly before our eyes.

The quickest way to right the situation is for major matches to be permitted again and get the turnstiles ticking. But fitness experts agree that not one ball could be kicked in anger till players have regained match hardness, and that takes many weeks. It is one thing for them to be allowed to meet up in small groups for non-contact play and exercise. Quite another for bone-on-bone. Will those Australian and New Zealand players have overcome these constraints?

Then the pull of the calendar takes its effect. The 2019-20 season hasn’t officially ended everywhere. Many nations, clubs and players would love to see remaining fixtures fulfilled. The longer the delay, the tighter any future schedule becomes. It’s only three months till the European qualification matches are supposed to take place. Of course, players from Ireland, Italy, Scotland and Spain would love to get some meaningful rugby under their belts before those make-or-break encounters fall due. Best of all, says Rachel Malcolm, Scotland’s captain, they would take the form of the missing 6 Nations fixtures.

But the long weeks of physical preparation would take us close to September, even assuming permission is granted promptly. And permission comes from national governments that rarely agree on the fine details of anti-Covid policy.

National unions are racking their brains to seek sensible solutions. Their representatives are in ongoing talks with World Rugby about the best approach. WR’s guidelines published in May this year see a three-phase return to action: small group training, then full group non-contact training, finally training, full contact.

Just one example: Scotland Rugby published an outline of Phase 1 return to playing on 5 June. In brief:

England Rugby has produced an infographic showing six steps to full re-establishment of the game. Those six alone underline the probable delay in return to normality. 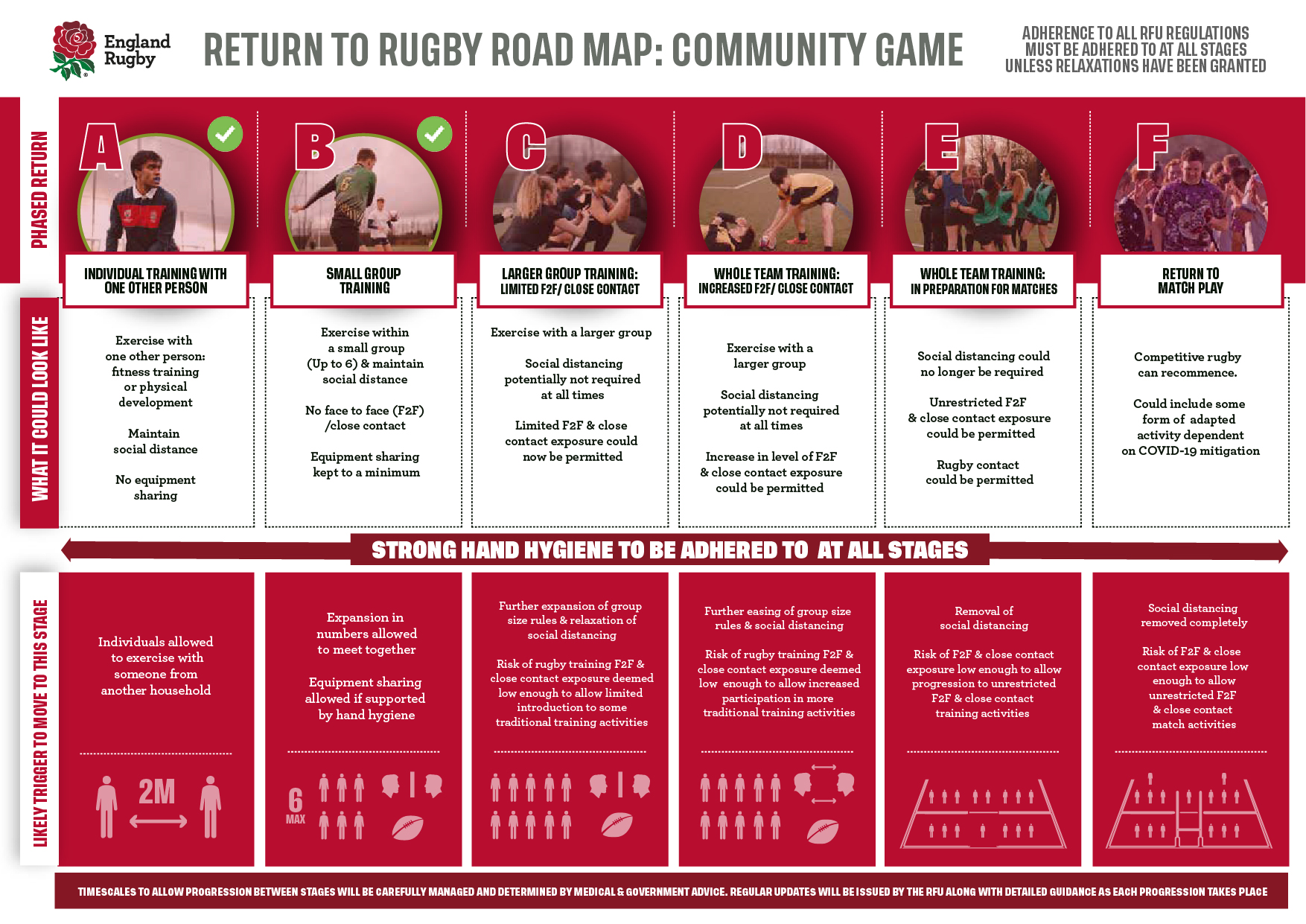 So hoped-for restarts in Europe in August look like wishful thinking.

Then we return to the money issue

As regards the RWC, either Colombia or Kenya will have the huge boost of taking part in the ninth World Cup. Will they be able to afford it? With major rugby nations cutting right back on expenditure, those two unions may find the all-in costs testing in the extreme. That takes us right back to 1991 when the Russian team turned up almost penniless to the first WRWC in Cardiff. Women’s rugby may have taken giant steps in some regards, but in others it finds itself in a dark corner.

At English club level head coaches must breathe a sigh of relief every time a respected player signs on for another year. The pull of higher wages elsewhere must be a particular threat in this period of lockdown and shortage of income.

We must sympathise with the people in charge of rugby’s affairs. They are facing unparalleled challenges, and the advice they are given by medical experts so often contradicts what governments decree.