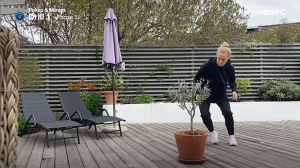 Eriksson, alongside Senior Chelsea Foundation coach Andrew Ottley, shares her tips on how young footballers can boost their confidence whilst practicing their moves and fakes and shows a few moves of her own, including the dropping a shoulder, step over and double step over.

Kids at home are encouraged to film themselves whilst replicating the drills demonstrated in the video and share their attempts on social media using #HyundaiFC. 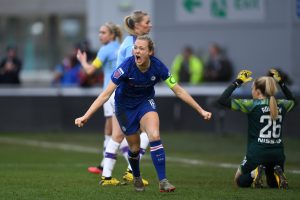 The Home Advantage series is part of the Hyundai FC grassroots programme, which has been able to impact over 200 grassroots players throughout the UK this season. However, with the programme now on hold, as the nation follows government guidelines to stay at home, Hyundai and Chelsea are bringing Hyundai FC to homes across the nation, with Chelsea FC lending the expertise of their Chelsea Foundation coaches and first team players in a one stop skills shop aimed at improving the game of the young fans at home. All episodes can be found on the Hyundai Football Blog and Chelsea YouTube page.

Courtesy of Chelsea Foundation via Pitch