UEFA launches Play at Home with Playmakers featuring characters from Disney and Pixar’s Incredibles 2, to help children across Europe have fun while staying safe at home 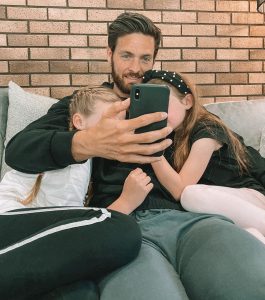 Craig Gordon and his daughters

Children across Europe can now play the roles of their favourite characters from Disney and Pixar’s global box office smash hit Incredibles 2 while staying active at home – thanks to a new initiative launched by UEFA and Disney.

Play at Home with Playmakers is an extension of UEFA’s first-ever pan-European grassroots programme for 5-8 year old girls, Playmakers, which uses Disney’s iconic storytelling to inspire regular exercise – and kickstart a love of football.

With six chapters available to download from the www.uefa.com/playmakers website, parents and guardians can access free Disney and Pixar Incredibles 2 themed activities that explore each of the film’s main characters through elements of reading, playing, creating and telling.

Using movement and imagination, children will be able to imitate the film’s supers to stretch like Elastigirl, or take on superhuman strength like Mr Incredible, in fun activities that can be enjoyed by the whole family at home.

“We are happy to have expanded our Playmakers programme to a ‘play at home’ series, where children and their families can be active and have fun together. During these unprecedented times we want to ensure that we can help provide great ways to keep young children entertained and motivated with play and football. We are hoping that families across Europe will enjoy using their imaginations through Disney’s magical storytelling, allowing everyone to escape at little bit into another world, all while staying safe at home,” said Nadine Kessler, UEFA Chief of Women’s Football. 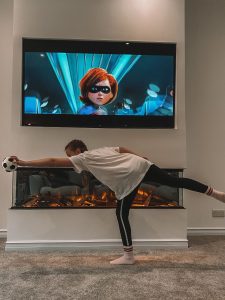 “Brought to life through Disney’s magical storytelling, the activities are designed to keep children fit, and their minds active, by encouraging imaginative play and creativity.”

Play at Home with Playmakers

Each of the six chapters are themed on a different Incredibles 2 character – Elastigirl, Mr Incredible, Violet, Dash, Jack-Jack and Frozone – and begin by exploring their personality. Children can recreate their powers using household objects and their imagination in a range of activities designed to work on their movement, as well as introduce them to basic football skills, with an emphasis on fun.

Each chapter also includes a task-based activity, including colouring-in a picture of Mr Incredible or role-playing an interview with Elastigirl, with family members encouraged to share photos and videos online using the hashtag #UEFAPlaymakers, so that children can see how others are taking part. 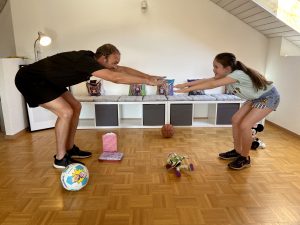 Playmakers was inspired by academic research showing the positive role of storytelling in helping young girls take up sport. It represents a first step toward achieving one of the main goals of “Time for Action” the UEFA Women’s Football Strategy – to double girls’ and women’s participation in football by 2024.

The initiative is also the result of a knowledge-transfer partnership with the English Football Association (FA), who are currently running the Shooting Stars programme in partnership with Disney.

More information on the launch of the programme and the cooperation with Disney can be found here.

Parents and guardians interested in learning more about Play at Home with Playmakers can visit www.uefa.com/playmakers.