Following the suspension of domestic hockey in March and the decision that no domestic hockey would be played before 30 June, this morning the England Hockey Board met and is now in a position to confirm how the 2019-20 England Hockey League season will be concluded. This varies from the standard League regulations. 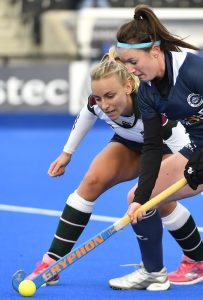 England Hockey has fully considered other sports’ decisions at this time, as well as other possible options open to us before coming to these solutions. Compared to other possible alternatives these are judged to negatively and positively impact a smaller number of teams.

There is of course no perfect solution to resolve an unprecedented issue such as this, but the decisions best complement these principles and affect the fewest teams. Ultimately, decisions have been based on what has happened in 85 out of 90 games in a Division, not what might happen in five out of 90 games. A number of promotion and relegation issues were ordinarily resolved prior to the last round of matches not being played.

Following a full analysis of all possible options and a period of discussion, the key points are summarised below:

i. League Finals – As the league semi finals and final were unplayed the Champions of the League and qualification for European competition will be determined by the standings at the end of the regular season. This means that Surbiton are both men’s and women’s league champions. 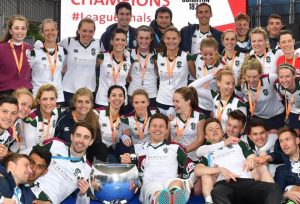 ii. Promotion & Relegation – Teams’ standings when the league stopped will be their final standings. Existing promotion and relegation regulations will be applied based on these standings (subject to iii below), including promotion from Regional Leagues. In the Investec Women’s Hockey League, Swansea and Wimbledon are promoted into the Premier Division, while Oxted and University of Durham enter the Men’s Premier Division.

England Hockey took this decision guided by the following principles.

These were in priority order:

1) To retain the integrity of the competition and use existing regulations relating to promotion and relegation where possible – the outcome to be as close as possible to likely outcome for teams had the season concluded and therefore to be seen as fair.

2) A consistency of decisions for teams at different levels within the league.

3) Teams not to be disadvantaged by games that were not played.

Nick Pink, England Hockey Chief Executive stated, “These are unprecedented times for all of us, and we are grateful to clubs for their patience while we finalised the fairest course of action. We have undertaken a very thorough process and have arrived at a solution that gives us a roadmap of how we can get the Leagues back up and running as soon as possible. We congratulate all teams who have won their division. We commiserate with relegated teams and others negatively impacted by the season being curtailed.”

The decision has a direct impact on the 2020-21 season. The process to determine which teams are in North and South divisions will now begin. All being well the season will begin on 26/27 September 2020 but we will put contingencies in place if the start date proves to be later.

As part of the discussion process, England Hockey provided information on this matter to a small number of people. We are very disappointed in the breach of trust that has led to this information reaching the public domain earlier than intended. We are particularly unhappy that we did not have the chance to give the clubs affected by our decision the courtesy of a call before the information went public. Interested parties should also note that an article published elsewhere was not accurate and errors should be disregarded.

Teams across Europe support UEFA’s No to Racism campaign.

The Pakistan Tour is off.

The Pakistan Tour is off.