The UEFA Europa League trophy tour, driven by Kia, is taking one of UEFA’s most prestigious trophies on the road again, visiting local schools, grassroots clubs and pop-up locations in city centres in six new European countries from February to May.

Fans will have the opportunity to see the iconic UEFA Europa League trophy up close and meet with footballing legends. For the duration of the tour, fans of all ages will also be encouraged to donate unwanted football boots, which will be taken to the Zaatari refugee camp in Jordan, the final stop on the tour. 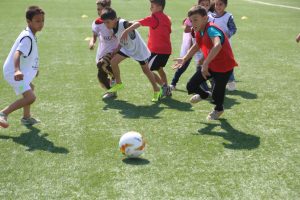 The boots will be distributed to children and youngsters participating in the football programmes set up in the camp, to inspire them and enable them to play in better conditions. Furthermore, having the opportunity to see the legendary trophy coveted by the biggest teams in Europe will be an unforgettable experience for many of the camp’s residents.

“My football boots were my gateway to freedom. These opportunities and freedoms, which I often had to fight hard for yet were possible in our society, are what I want to pass on to girls,” said Tugba Tekkal, a young refugee who grew up in Germany.

The UEFA Europa League trophy tour stops in six new European cities, giving fans the opportunity to get close to the trophy and ambassadors:

A stellar list of former players has signed up to take part: Michael Owen will be the global ambassador of the campaign, and each stop welcomes a local ambassador on board, such as Thomas Berthold in Frankfurt, Eric Abidal in Barcelona and Jerzy Dudek in Warsaw. Other legends will be announced nearer the time. 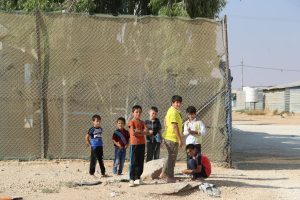 “UEFA is delighted to have Kia renew its support of the Europa League trophy tour for a second season,” said UEFA’s director of marketing, Guy-Laurent Epstein. “Both organisations have a strong commitment to corporate social responsibility, and we are extremely proud of this partnership that will bring the tour, trophy and ambassadors to seven countries. Our hope is that the UEFA Europa League trophy tour, driven by Kia will inspire a new generation to lift the iconic trophy, and that the football boots donated during the tour provide refugee children in Zaatari camp with the resources they need to enjoy playing the game and develop their love of football.”

“We are extremely excited to bring back the UEFA Europa League trophy tour, driven by Kia for a second year,” said Artur Martins, Vice President Global Brand & Marketing at Kia Motors Corporation.
“This news is testament to the huge success and popularity of the first year of the campaign. Last year, the tour gave football fans of all ages the chance to see the trophy up close and to donate their football boots to a very deserving cause – which proved to be an overwhelming success. This year, we hope to receive even more donations and continue to support the young refugees in playing a sport that they love.”

Boot donations can be made at each stop of the tour, as well as at selected Kia dealerships in certain markets.

Last season, Kia collected an incredible 1,052 pairs of boots. However, there are still around 2,000 children without football boots at Zaatari refugee camp

This year, Kia aims to double the number of boots donated to Zaatari refugee camp to meet this demand

Every fan who donates a pair of boots will be in with a chance of winning an all-expenses-paid trip to the UEFA Europa League final, including flights, accommodation and organised activities.