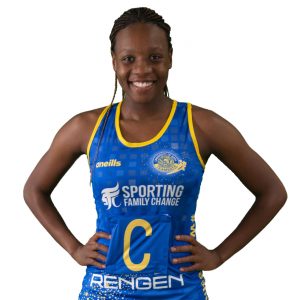 University of Bath sporting scholar Drakeford-Lewis has been selected in a 14-strong Roses squad for the tournament, which also features reigning World Champions New Zealand and Jamaica.

Stacey Francis, a member of the University of Bath Hall of Fame for Sport, and Sports Performance graduate Kadeen Corbin are also in the England squad selected by former Team Bath player and coach Jess Thirlby.

The Nations Cup begins at Nottingham’s Motorpoint Arena on Sunday, January 19 when England face New Zealand and South Africa take on Jamaica. The action then moves to Arena Birmingham on Wednesday, January 22 where the Roses meet South Africa ahead of Jamaica’s showdown with New Zealand. 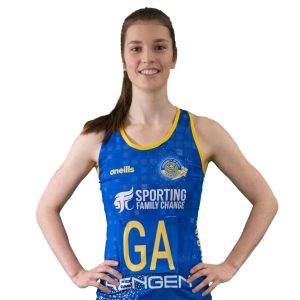 A busy weekend at the Copper Box Arena in London sees the concluding round-robin matches played on Saturday, January 25 before the ranking matches on Sunday, January 26.

Team Bath’s Imogen Allison and Summer Artman have also been selected in an England A squad that will face New Zealand, South Africa and the Roses in behind-closed-doors training matches during the build-up to the Nations Cup.

Courtesy of the Team Bath Press Office via Matchtight Ltd.