The women’s game has joined the Premier League and EFL in announcing its support for the Heads Up campaign, following unanimous backing from the women’s professional game Board, leagues and the clubs. 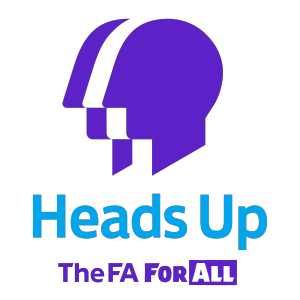 Launched by The FA and spearheaded by HRH The Duke of Cambridge, the Heads Up campaign harnesses the influence and popularity of football to encourage more people to feel comfortable talking about, and taking action to improve, their mental health.

The focus of support from The Barclays FA Women’s Super League, The FA Women’s Championship and The FA Women’s National Leagues will be on the weekend 8/9 February, with more details to be announced in due course.

Kelly Simmons, The FA’s Director of the Women’s Professional Game said: “Over recent years the women’s game has been home to inspirational and courageous role models who have spoken honestly and openly about their mental wellbeing, driving awareness and normalising the conversation about such an important topic.  Although research identifies that males are less likely to tackle their mental health issues, this campaign is not exclusive to a male audience and we hope this association will provide females – as well as males – with a supportive platform to be open and honest about their mental wellbeing and seek action, if it is required. The women’s game has always united on important societal issues and we’re grateful to the clubs whose support on 8/9 February will help reach communities across the whole of the country.”