A 28-strong team will represent Great Britain at the Lausanne 2020 Youth Olympic Games in the home of the Olympic movement in Switzerland.

The Games, which run from 9th – 22nd January, will see Team GB compete in 11 of the 16 disciplines on the programme across 14 days of competition. 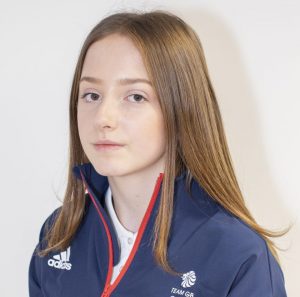 Amy Robery, Ice Hockey, during the Lausanne 2020 Youth Olympic Games Team GB Summit at the BOA on the 13th December 2019 in London in the United Kingdom.

The team consists of athletes aged between 14 and 17 years of age, with four athletes who competed at Sarajevo 2019 European Youth Olympic Festival – Theo Collins, Daisi Daniels, Shawna Pendry and Olivia Weedon – making it a youth double for Team GB in Lausanne.

In a new format for Lausanne 2020, the two weeks will see the Games split into two waves of athletes attending across week one and week two to allow for more athletes to compete across the duration of the competition – 1,880 in total compared to around 1,000 at Lillehammer 2016.

The Youth Olympic Games provides crucial multi-sport experience for aspiring winter Olympians and Team GB’s class of 2020 will be hoping to follow in the footsteps of the likes of Mica McNeill and Katie Summerhayes who both went on to compete at an Olympic Winter Games having first competed at a YOG.

Lausanne 2020 is expected to welcome some of the world’s best young athletes from 70 nations for the third edition of the Games following Innsbruck 2012 and Lillehammer four years later.

Ski mountaineering and women’s Nordic combined will feature for the first time in an Olympic event. A mixed-NOC 3-on-3 ice hockey tournament and a women’s doubles event in luge will also be contested for the first time.

Georgie Harland, Team GB’s Chef de Mission for Lausanne 2020, said: “This is a very special moment for the 28 athletes selected for the Games. It provides vital experience of a multi-sport environment and can be an important stepping stone towards their senior careers.

“We have seen athletes from both summer and winter sports going on to compete at a senior Games and the athletes in Lausanne will, I am sure, grasp this opportunity to show everyone what they are capable of, but most importantly enjoy what will be a fantastic experience.”

Shawna Pendry, biathlon, said: “I’m very proud to have been selected for the Youth Olympic Games. I can’t wait to compete at Olympic level in my own sport, as well as being part of Team GB with such an amazing mix of winter sports athletes.”

Charlotte Longden, bobsleigh, said: “I have always dreamed of going to the Olympic Games ever since I was young. Now being a part of Team GB is an amazing feeling and I am so excited to represent my country in the Youth Olympics and for my dream to come true.

“I am so excited to compete for Team GB and do both my family and my country proud. Although I never thought I would be doing bobsleigh, ever since I first tried it, I fell in love with the sport and I can’t wait to do my best in January.”

Jamie Rankin, curling, said: “When I received the email that I had been selected, I was at the ice rink (Moray Leisure Centre) and I couldn’t quite comprehend that I would be going to the Youth Olympics.

“I have never curled outside of Scotland before, so to get this opportunity to represent Team GB, wearing the Team GB kit will give me so much pride and I am really looking forward to getting on the ice and competing in the matches.”

Kirsty Muir, freestyle skier, said: “I am so happy to be selected to represent Team GB in January at the Youth Olympic Games in Lausanne. I’m really looking forward to the competitions and to enjoy the whole event experience.”

Abby Rowbotham, ice hockey, said: “It is a massive honour to represent Great Britain at the Youth Olympics. I am looking forward to being involved in a very special event and to play a sport I love so much. To be a small part of such a massive GB team across so many events is very humbling and I just can’t wait to get over there and for the action to begin.”

Olivia Weedon, short track speed skating, said: “I am very excited to be selected for the third Youth Olympic Winter Games. It is a once in a lifetime experience to represent my country and be part of Team GB. I am excited to compete against the high level of athletes in my sport and we hope to get some good results.”

In addition to the athletes, the Games will see the launch of Athlete365 Career+, which will provide new opportunities for former elite athletes who wish to pursue careers in the fields of sports administration and Games operations. Double Olympic sailing medallist, Saskia Clark, will be Team GB’s Athlete365 representative at the
Games.