BT has today announced the nominees for the seventh annual BT Sport Action Woman of the Year Award, in association with The Telegraph. In what has been yet another groundbreaking year for women’s sport, the award celebrates eight of 2019’s standout performances by British female athletes.

From the Women’s World Cup attracting record numbers of UK viewers, to a British winner of the first all-female single-seater motorsport competition, 2019 has been a fantastic year for women’s sport with success across the board: Catriona Matthew MBE oversaw a thrilling European victory in the Solheim Cup, England women’s rugby union team regained the Six Nations and sealed a ninth Grand Slam in the process while on an individual level, Katarina Johnson-Thompson and Dina Asher-Smith captured the hearts of a nation with gold medals at the World Athletics Championships.

Based on athletes’ individual achievements, a shortlist of nominees has been selected by a panel of judges including BT Sport’s Clare Balding OBE and Rachel Brown-Finnis, Caroline Barker, Tammy Parlour MBE co-founder of the Women’s Sport Trust, Jude Kelly CBE Director of the WOW foundation and Adam Sills, Head of Sport at the Telegraph.

In addition to the individual award, BT Sport will recognise team and lifetime contributions with two awards that further celebrate women’s sport: both the ‘Team of the Year’ and the ‘Lifetime Achievement Award’ will be also presented on the night.

Simon Green, Head of BT Sport, said: ‘It has been an incredible, record-breaking year for women’s sport, both for individuals and teams. From football and horse racing, to motorsport and martial arts, we are proud to celebrate the achievements of our nominees and hope that their performances will inspire the next generation of athletes. We would encourage everyone to continue to show their appreciation and admiration by voting for their favourite sportswoman of 2019. To enable as many people to watch as possible we will also be making the awards available for anyone to watch on BT Sport 1, on the App and btsport.com and on Twitter.”

The winner of the BT Sport Action Woman of the Year Award will once again be decided by a public vote via the website.

The winners will be announced at the BT Sport Action Woman of the Year Awards show, presented by Clare Balding and broadcast and open for anyone to watch (subscribers and non-subscribers), live on BT Sport 1, online and on Twitter from 7.30pm.

Pippa Funnell MBE – Horse Riding
Funnell’s return to winning ways after 14 years was testament to the 50-year-old’s dedication and perseverance: winning the Burghley Horse Trials and a team silver at the European Championships.

Jade Jones MBE – Taekwondo
The two-time Olympic champion won the first World Taekwondo title of her career as she looks to become the first British woman to win three individual golds at three separate Olympics next year in Tokyo. 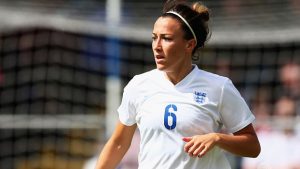 Lucy Bronze – Football
2019 saw Bronze cement herself as one of the best players in the world, with great success both domestically and internationally. The defender helped Lyon to an historic treble, lifted the She Believes Cup with the Lionesses, won the FIFA Women’s World Cup Silver Ball and became the first British player to be awarded the UEFA Women’s Player of the Year Award

Jamie Chadwick – Motorsport
The youngster made history this year as she lifted the inaugural W Series trophy, making great strides for British female participation in racing in the process

Bryony Frost – Horse Racing
The 24-year-old made history in March when she became the first female jockey to win a Grade One race over fences at the Cheltenham Festival. Shortly afterwards she was crowned Champion Conditional jockey of the year.

Katarina Johnson-Thompson – Athletics
KJT ended her wait for a global outdoor title as she stormed to heptathlon gold at the World Championships, setting a personal best and a new British Record along the way.