Becky Evans is letting her driving do the talking as she looks to evolve from drift presenter to competitor in the latest series of Drift Queen. The second series Drift Queen follows Becky’s journey as she aims to compete in her first competition at the Drift Cup. 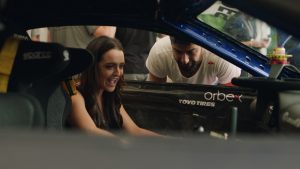 With only five per cent of Motorsports UK Competition Licence holders being women, Becky is hoping to break down the barriers to the motorsport world many people experience and wants to inspire a new generation of female drivers.

In Series Two, which launches October 23rd, Becky will take on some of the more advanced manoeuvres in her quest to become a competitive drifter. The series will delve deep into car culture, with Becky getting to grips with modifying drift cars from scratch, with the help of Julian Smith, stunt coordinator for Fast and Furious 6, before learning how to drift like the pros. 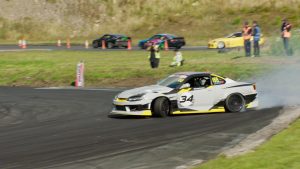 “I’ve opened up a whole new chapter in terms of how I’m going to progress in the industry,” says Evans. “I always loved motorsport and always wanted to be around it; I love talking about cars and the people on the track, but there was always a part of me that wanted to be the person on track. I just didn’t know how to make that happen.”

“The first series of Drift Queen was almost like a theory lesson. But I fell in love with drifting and quickly realised that this could be a way of getting back into competition. Competing in motorsport is an expensive game, but drifting is quite an accessible sport, where you can start at the lower rungs with something like a BMW E36 and a welded diff. Drifting was a way back in.” 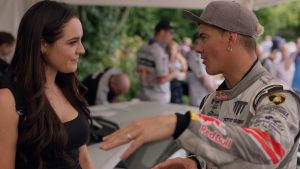 Karting since she was just 8 years old, Becky has always loved cars and motorsport, but felt disconnected from the motoring world – leading her to launch her own YouTube series, which has gone from strength to strength with over 65k subscribers. Becky loves to shine a light on female representation within the automotive world and wants to prove that women don’t take the backseat when it comes to extreme sports such as drifting.

Courtesy of Red Bull via Pitch