Existing readers will have seen announcements about appointing Coaches for The Hundred at eight city locations: Manchester, Leeds, Nottingham, Birmingham, Cardiff, Southampton plus two in London (Lord’s and the Oval). Early days for naming squads. Anyone thought of: ‘Ladies at Lord’s’?

A more serious question is how Overseas cricketers are divided fairly, between each squad.

Existing Coaches will want to select top-ranked Overseas players who can either: (a) score faster than 1.5 runs per ball; (b) score at least four 50’s; (c) bowl unplayable ‘dot-balls to stop run chases in their tracks; (d) take quick wickets; or (e) at least two of these. Previous ‘quick and dirty’ analysis of Super League (’19) data revealed that most players struggle to hit a strike rate of one-run-per-ball. 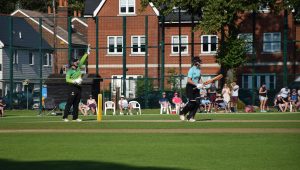 During the tournament, Rachel Priest was the fastest striker, power-hitting 44 from 16 balls including five ‘sixes’ (at 2.7 runs per ball) in Storm v Stars. Priest hit 43 ‘fours’ and 15 ‘sixes’ – more ‘sixes’ than any other Overseas player. Two years ago, she scored more runs than any other player – the same year as Storm last won the Super League.

Jemimah Rodrigues made Super League history from passing 100 runs from 58 deliveries, at a personal best strike rate of 1.9 runs-per-ball. Rodrigues century included 17 ‘fours’ and one ‘six,’ remaining undefeated on 112 runs. Overall, Rodrigues scored 402 runs from ten innings – the most runs for an Overseas batter; with fourth-best ranking for average strike rate (average 1.5 runs-per-ball). Her top batting average ranking (as mentioned above) was boosted by three ‘not outs.’ 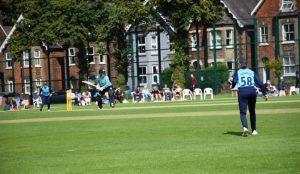 During the last year of the KIA Super League Overseas players have made a fantastic contribution to women’s cricket, particularly gifted players from the southern hemisphere. Analysis has shown that straight-forward averages can be misleading. High batting strike-rates and bowlers’ ability to bowl dot balls need careful consideration, as predictive success factors in The Hundred game.

Footnote: At time of writing, data analysis agrees with espncricinfo.com