Ahead of the return of the Barclays FA Women’s Super League this weekend, The FA has today released a video to celebrate the growing popularity of the women’s game, starring former footballers Ian Wright, Peter Crouch, Sue Smith, Glenn Hoddle and Petr Čech, alongside presenter Gabby Logan. 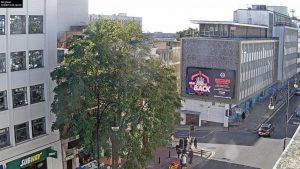 Following this summer’s record-breaking FIFA Women’s World Cup, this season will mark the second year of a fully professional women’s top flight and the first with Barclays as the title sponsor.

The 2019/20 Barclays FA Women’s Super League season kicks off this Saturday with a tantalising weekend of fixtures. First up, Women’s FA Cup holders, Manchester City, host newly-promoted Manchester United at the Etihad Stadium, whilst Bristol City play Brighton & Hove Albion at Ashton Gate. On Sunday, Chelsea will open their campaign with a London derby at Stamford Bridge as Emma Hayes’ side face off against the division’s other newcomers, Tottenham Hotspur.

Champions Arsenal kick off their campaign at home to Women’s FA Cup runners-up West Ham and Everton travel to Birmingham City whilst Reading travel north to take on Liverpool. 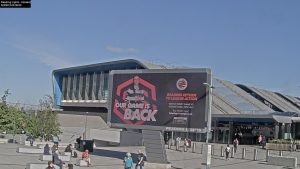 Ahead of the opening weekend, billboards have appeared across the country reminding each city that their club(s) is back in action. Images can be downloaded here.

The FA Player will provide live coverage of all Barclays FA Womens Super League matches [with coverage solely audio for all matches televised by BT Sport], and a live match from each round of the FA Women’s Championship. In addition to live league coverage, The FA Player will show selected match highlights from the Lionesses, the Women’s FA Cup and the FA Women’s Continental League Cup, as well as archive footage and regularly updated features. To sign up for free to The FA Player ahead of this weekend’s opening Barclays FA Women’s Super League fixtures visit www.FAPlayer.tv or download The FA Player app from the iOS or Google Play app stores.

You can find more information on the Barclays FA Women’s Super League and purchase tickets here.