Ayrshire Tug of War Club formed in 2008, with the ladies team seeing their first success in 2009 where girls won their first British & Irish Gold medal and since this have gone on to win many more. Most recently at the 2019 British & Irish Championships they won Gold in both ladies 520kg & 560kg closed classes. 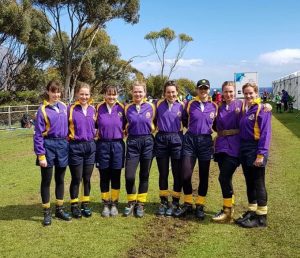 The girls then set their sights on Gold, and managed it at the 2017 European Championships in Southport, scooping Gold for Ayrshire and Silver for Scotland. Last year, the World Championships in South Africa were a wild dream, but after extensive fundraising and attempts at media coverage, the girls made it to Cape Town! Not being happy just to turn up the girls won Gold for Ayrshire in the 500kg! 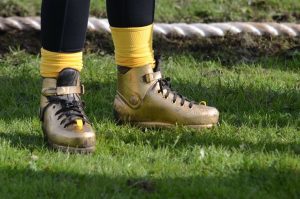 Now the focus is on this year’s European Championship at Castlebar, where they have the additional pressure of being defending champions. Intense training has to be fitted around everyone’s busy work schedules. Training as a team twice weekly, the girls also must fit in their own cardio work and strength training around full time jobs. Luckily they have a great team of coaches and helpers who support and guide the girls and the club are forever grateful to the sponsors who have supported them throughout this journey.

You can follow ‘Ayrshire Tug of War Club’ on Facebook and Twitter to find how how they get on at the European Championships and also how you can get involved and start #PullingForTheTeam.