Shane Warne and Lisa Keightley have been appointed as the men’s and women’s head coaches respectively for the London based team, which will comprise of Marylebone Cricket Club (MCC), Middlesex, Essex and Northamptonshire, ahead of the inaugural season of The Hundred.

Legendary Australia leg-spinner Warne, 49, is one of the most iconic names in world cricket while former Australia Women’s coach Keightley becomes the first female coach appointed for The Hundred.

Warne said: “I’m very proud and very honoured to be asked to be the head coach of The Hundred team based at Lord’s. The opportunity to coach in a brand-new tournament and work with modern-day players is something that I will really enjoy and I am looking forward to the challenge.

“This tournament will unearth some heroes and hopefully some future World Cup stars for England and other countries.”

The legendary Australia leg-spinner was captain-coach when Rajasthan Royals famously won the first-ever Indian Premier League title and hopes history can repeat itself next summer.

“I always want to be ahead of the curve because cricket benefits from innovation and that was the case in 2008 with the IPL, when I was captain-coach of the Rajasthan Royals,” he said.

“I love the concept of The Hundred and it has grabbed my attention in the same way the IPL did. We built a team from scratch with a diverse range of players from different backgrounds and ages and I can’t wait to build the same mix of players to entertain the fans who come down to Lord’s for The Hundred.”

Keightley ensured her place in cricketing folklore in 1998 when she became the first female player to score a century at Lord’s while playing for Australia, in a one-day international against England.

The 47-year-old was the first female coach of the Australian Women’s team and was England Women’s Academy head coach before returning home to coach Western Australia and the Perth Scorchers in the Women’s Big Bash League.

Talking about her appointment, Keightley said: “It is an honour to be appointed as the first female coach for The Hundred and to be a part of a tournament that is set to showcase the best women’s players from around the world.

“I thoroughly enjoyed my time as a coach in England and the prestige and opportunity of this role made it an easy decision for me to come back.”

Guy Lavender, Chief Executive & Secretary of MCC said: “Over the last few months we have been determined to bring the best head coaches on board to lead our teams for The Hundred. Shane Warne has been closely linked to the Home of Cricket for many years and will bring his undoubted cricketing prowess, as well as his IPL-winning coaching experience. Lisa Keightley is an exceptional coach who will bring her strong track record to our team.

“We have two world-class coaches that we believe will be an excellent combination and who we are thrilled to be working with.”

Sanjay Patel, Managing Director of The Hundred, said: “It’s great to announce the first of our women’s head coaches and to welcome two legends of the game to the competition.

Having two stars like Shane and Lisa involved is another big step forward for The Hundred and shows the excitement that the competition is generating across the world game.”

The Hundred is a new and exciting 100 ball format that is set to launch in July next year with the men’s and women’s tournaments to run concurrently over a five-week period.

The tournament is set to attract some of the world’s best players and will be broadcast live on Sky Sports and free-to-air on the BBC with eight city-based clubs, from Manchester, Leeds, Nottingham, Birmingham, Cardiff, Southampton and two in London (Lord’s and the Oval). 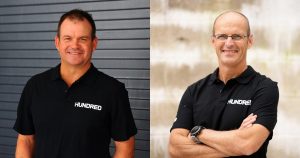 Meanwhile World Cup winning coaches Gary Kirsten and Matthew Mott have been appointed to lead the men’s and women’s teams respectively for the Cardiff-based team in The Hundred.

Kirsten, 51, coached India to the 2011 World Cup on home soil while Mott, who oversaw Australia’s recent women’s Ashes victory, was in charge when the side won the World Twenty20 last year.

Kirsten’s coaching resume includes guiding both India and his native South Africa to the top of the ICC men’s Test rankings and has coached in both the Indian Premier League and Big Bash League.

Gary Kirsten said: “To be involved in English and Welsh cricket from a coaching perspective is something that I have never done. It’s great to be given that opportunity and to come to Cardiff.

“This is a new format that I am sure will grow and grow. The real win is that it will grab the attention of families and expose the game of cricket to as many environments and communities as possible.”

Mott will be making a return to Cardiff after he spent three seasons as coach of Glamorgan, helping the Welsh county to the 2013 Yorkshire Bank Pro 40 final.

The 45-year-old has been in charge of Australia’s women’s team since 2015.

Mott said: “Cardiff is a special place for me and my family and that was a big part in my decision to return.

“I’ve got no doubt The Hundred will be a success for the women’s game. I’ve got a young son who is a Sydney Sixers fan and he doesn’t see gender – he just sees the team. The Hundred will provide that sort of platform in England and Wales and I can’t speak highly enough of what that can mean for the game.”

Sanjay Patel, managing director of The Hundred, said: “It’s great to welcome two world cup winning coaches to the competition. The Hundred continues to attract some of the top coaches in the world ahead of October’s men’s Player Draft.”

Glamorgan chief executive, Hugh Morris, said: “We are delighted to secure the services of both Gary and Matthew as our head coaches and believe they are the perfect pair to lead our new teams.

“The decision on their appointments was unanimous amongst the Team Board. They were the standout candidates for the roles given their strong track records at the highest levels of the game and vast experience working with international stars and in T20 competitions around the world.

“Both our head coaches will have a wide remit in the role and will use their knowledge to help with our team planning and the player draft in October. They will play a leading part in shaping the style of the team and creating a positive environment and culture.

“We are all looking forward to welcoming them both to Sophia Gardens and to get started on the next stage of this exciting new competition.”

The Hundred is set to provide sports fans with an exciting new 100 ball format with world-class players from England and around the world competing in a men’s and women’s competitions.

The five-week tournament will be played at the height of summer and feature eight city-based teams from Manchester, Leeds, Nottingham, Birmingham, Cardiff, Southampton and two in London (Lord’s and the Oval).

The men’s Player Draft is set to provide an historic first for British sport when it is staged on Sunday, October 20. It will be shown live by Sky Sports, with extensive coverage across the BBC.

Fans can register their interest in tickets and information via www.thehundred.com.